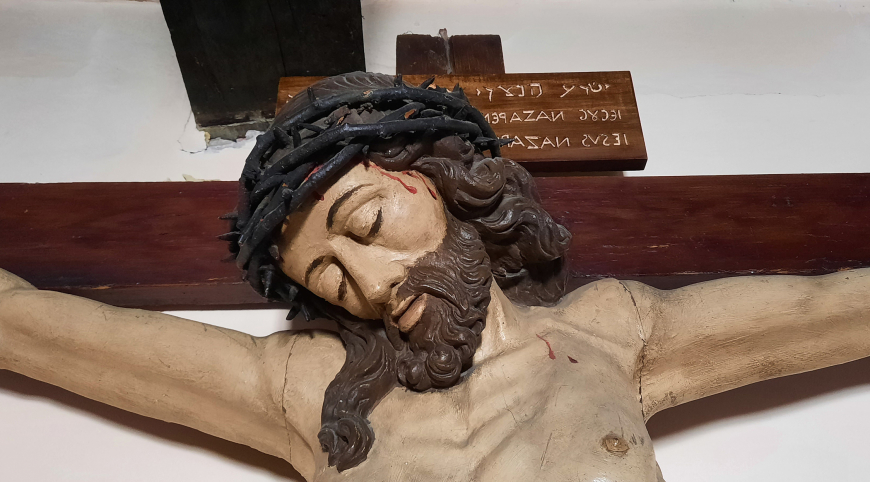 On Friday, April 2 in St. Peter's Basilica, Pope Francis celebrated the liturgy for Good Friday: The Passion of the Lord, which, for the second consecutive time, took place in the presence of about 200 faithful in addition to the Cardinals. Of course, due to Covid, there was a limited number of people in attendance: the "global suffering" of which we are all aware was also highlighted in the General Intercessions specific to the Commemoration of the Lord's Passion.

The richness of the celebration was enhanced by the homily of our confrere Fr. Raniero Cantalamessa, now Cardinal, who for 41 years has served the Vatican Curia and the whole Church as preacher throughout the penitential seasons of Advent and Lent, in addition to his annual reflections on Good Friday.

This year, he took as his inspiration Pope Francis’ incisive letter Fratelli tutti, and aimed to underscore some specific features of brotherhood as experienced in today’s Church. Initially, he offered a broad overview of the terms "brother" and "brotherhood" both in the biblical tradition of the Old Testament, and at the dawn of the Christian community; then he narrowed the focus on the Catholic Church, leaving aside the ecumenical aspects.

And it was here, by way of introspection, that his words grew more passionate. He indicated something seriously lacking within today's church regarding brotherhood - the specter of division. Today the Catholic brotherhood is wounded; Christ's tunic is torn apart by division among believers. These divisions bear the imprint of the "divider", of the one who sows discord and weakens or deprives people of communion.

The Catholic Church today is wounded by political concerns "taking precedence over religious and ecclesial concerns; they espouse an ideology, completely forgetting the value and duty of obedience within the Church". This admonition was meant for all, but in a more specific way, points to the pastors of Christian communities: it is they who must bring the flock entrusted to them to Christ, and not lead it in wayward directions -- thus, in effect, leading it to themselves. Moreover, they must never forget that they are shepherds of the whole flock entrusted to them and not just a part of it. An example is made by Christ himself, who did not adhere to any specific ideology of the time, but announced the Kingdom of God. Indeed, when ideology takes over in the Church, it means that "the kingdom of the world” has become more important in one's heart than the Kingdom of God.

Pronounced, universal brotherhood is not built from grandiloquent proclamations or sophisticated notions, but is rooted in everyday life, coming from within us, the Church.

We remember that Christ died on the cross "to gather together the children of God who were scattered". We turn to him with humble and contrite hearts - concluded Fr. Raniero - and implore from him the gifts of unity and peace: an invocation raised up by the Church at every celebration of the Eucharist.

On Good Friday the churches remain stark and bare, with particular emphasis on the Crucifix: the Liturgy celebrated at St. Peter's, particularly at the homily, removed the veil and exposed one of the wounds of the Christian community today, the division within. It is a nakedness that can be clothed in the grace of Christ, that grace which we celebrate on Easter Sunday: He breathes the Spirit upon the disciples and imparts the gift of His peace.

More in this category: « Eucharist: Being Fed on Christ Francis, God’s Jester »