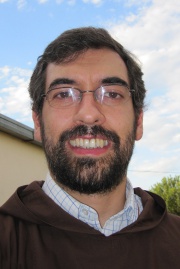 The Delegate of the General Minister for Nuns and Institutes Aggregated to the Capuchin Order has no authority over the sisters, but the purpose of his work is to animate and serve as a contact person between them and the First Order. His particular commitments are:

There are four main groups of contemplative nuns:

The aggregation of Institutes to our Order has a long historical tradition. In the last official list published in Analecta (Vol. 91,  No. 1 (1975) pp. 47-50) there are 97 Institutes, of which 88 are female and 9 are male. Some of these have merged, others have disappeared, but most are maintaining themselves with remarkable vitality. This nearly hundred institutes between religious congregations and secular institutes, both lay and clerical, of pontifical and diocesan law, has a great diversity of mission. However, we have a common root: the Gospel lived in the style of Saint Francis, with the special perspective of the Capuchin tradition. We are the fruit of this history; more than 40,000 consecrated men and women in mutual communion called to face today's challenges. A specific event that brings us together every year is that of July 3: the Capuchin Family Day, an initiative approved at the March 2016 General Council meeting, and listed on the official calendar of the Order since 2017. It is a way for us to try to remind ourselves of our spiritual belonging and to rekindle mutual relationships at all levels: general, regional and local.

The Office of Assistance to Nuns and Institutes Aggregated to the Capuchin Order was officially established in 1970 when the General Definitory appointed the first General Delegate in the person of Br. Lázaro Iriarte. He was followed by Br. Leonhard Lehmann in 1990, Br. John Bednarik in 2000, Br. Juan María Castro Gárate in 2007 and Br. Leonardo Ariel González Ruilópez (Rio de La Plata Province) since 2014.