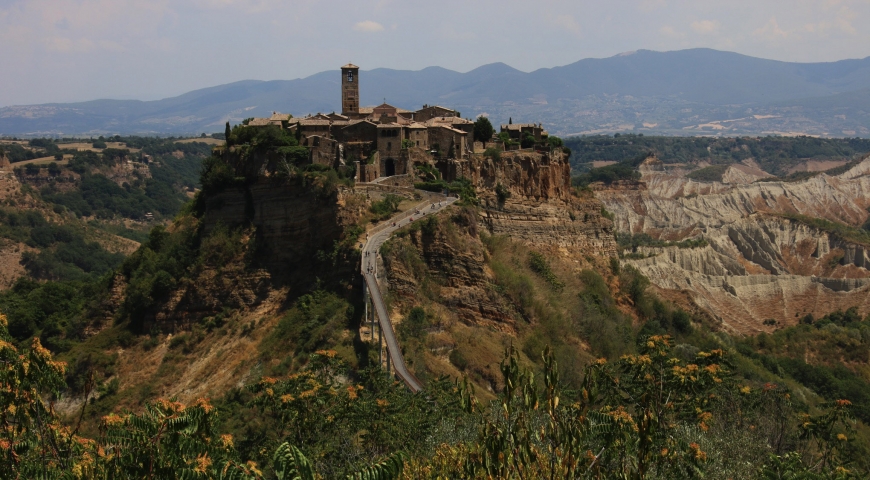 Bagnoregio. Every celebration of a centenary offers us a chance to draw nearer to the saint we are commemorating. This year we have the eighth centenary of the birth of St. Bonaventure of Bagnoregio.

On the vigil of the feast, July 14, Barbara Faes’s book, Bonaventura da Bagnoregio, was presented in the municipal auditorium of the city of Bagnoregio. After the presentation the liturgical feast of the saint began with the Bishop of Viterbo, Lino Fumagalli, presiding at solemn vespers in the co-cathedral, followed by the traditional procession of St. Bonaventure’s relics through the streets of the city. Then, on July 15, the solemn stational Mass was celebrated. Representatives from all branches of the Franciscan Order were present for all the events.

St. Bonaventure of Bagnoregio (1217-1274). Franciscan, bishop, cardinal, philosopher and theologian, called the Seraphic Doctor. He taught at the University of Paris and was a friend of St. Thomas Aquinas. Canonized by Pope Sixtus IV in 1482, St. Bonaventure was then proclaimed Doctor of the Church by Pope Sixtus V in 1588. He wrote what was meant to be an official biography of St. Francis – the Legenda maior – which served as inspiration for the Master of the St. Francis Cycle in the production of the frescoes in the Upper Basilica in Assisi.

St. Bonaventure was general minister of the Franciscan Order for eighteen years, for which he is sometimes called a ‘second founder.’ Under his guidance the Order promulgated the Constitutions of Narbonne, on which all further constitutions of the Order of Friars Minor have been based.

The General Ministers of the Franciscan Family have written a letter for the occasion of the centenary, recalling the saint, his theological thought, and his important role in the history of the Franciscan Order.

Letters of the General Ministers

Watch the video coverage of the celebration

More in this category: « Venerable Giacomo of Balduina The Pardon of Assisi 2017 »