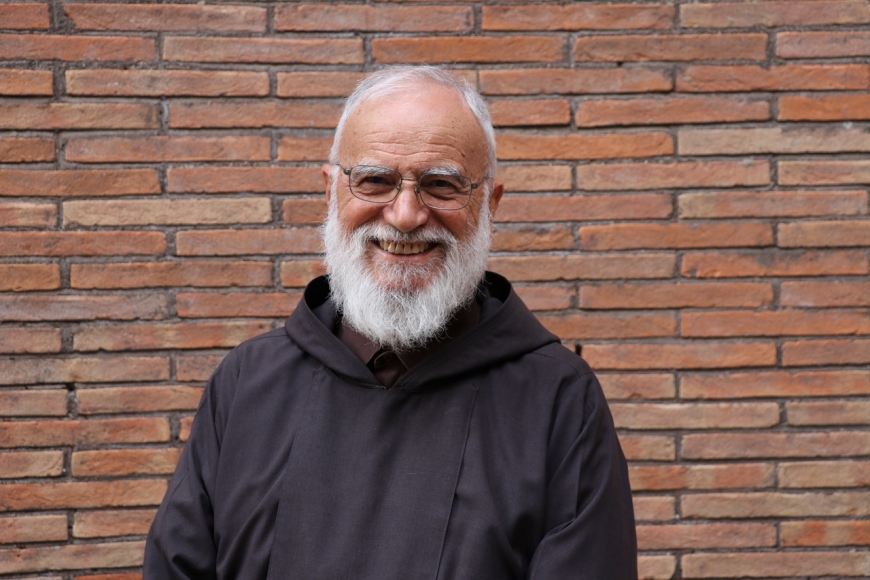 Homily for the Curia Community
The day after the General Chapter
Feast of St. Joseph of Cupertino
Rome, 18 September 2018

This gospel passage is one we hear often on the feasts of Franciscan saints, beginning with St. Francis himself. Without doubt this is due to what it affirms: “You have hidden these things from the wise and the learned and have revealed them to the little ones.” ‘These things’ are the mysteries of the Kingdom; this is a veiled way of saying, “You have revealed my person to them, the mystery that is me.”

Jesus speaks of what has been going on around him. Those who have received him were not the teachers of the law, the scribes, the wise of the time, but fishermen, and after them the poor, the humble, and those who at that time were considered incapable of learning, women. This is repeated an infinite number of times in the history of the Church and the Franciscan saints are witnesses to it. Joseph of Cupertino is one of these. He was not, as we know, a big success at school and for this reason he is invoked by students before exams. Such were also our lay brother saints that fill the larger part of the two panels that we have before us here on each side of the altar. Certainly there have also been highly educated and very learned saints in the Franciscan Order, but they became saints only after having made themselves ‘foolish’ for the love of Christ.

I should stop here, but I wish to add a thought, not regarding today’s feast, but about this moment in the life of the Order at the beginning of a new administration. In every election or appointment to an office in the Church, there are two moments: there’s an election and there’s the consecration. This is very clear in the appointment of a bishop. First he is elected, then consecrated. With the election a mandate is entrusted to him, but only the sacred anointing confers the grace to carry out his ministry.

These two moments are already present in the Old Testament in the anointing of kings, prophets, and priests: “I have found David, my servant; with my holy oil I have anointed him.” (Ps 89:20) With the messianic anointing that he received in his baptism in the Jordan, Jesus himself takes up the power and authority with which he acts: “The Spirit of the Lord is upon me, because he has anointed me …”

The appointment of a General Minister, as the other positions in a religious Order, is not a sacrament, and therefore does not include a rite of consecration or the laying on of hands. But the task to which they are called corresponds to one of the tasks of a bishop, namely to govern. Therefore they need a new anointing that goes with their election. Not a ritual anointing, but a spiritalis unctio, a spiritual anointing, an interior one.

The election confers an authority [autorità] but only an anointing gives authority [autorevolezza], that is to say that kind of authority that cannot be given by human beings, but only by God. St Thomas Aquinas affirms that there is a new mission of the Holy Spirit each time someone is called to a new task or responsibility in the Church (ST, I, q.43, a. 6, ad 2). And that is what we call ‘the grace of office.’

The anointing of the Spirit is not just for the beginning of a ministry, but accompanies it as one carries it out. It is activated each time there is need and we call upon it in faith: when there is a decision or appointment to make, a document to write … I experience this myself, sometimes almost tangibly, in my preaching.

What must we do then? We have only to ask with faith and to welcome this new anointing. Pope Francis had this experience in the moment of his election. He has told many people about this. At the moment of realizing that he was the one elected, he felt at the same time a deep peace descend into his soul and fear gave way to trust and courage. Clearly that was the anointing of the Spirit. I am certain that the memory of that moment helps him to carry, day after day, the crushing weight of his responsibility.

The greatest gift that we can give, we friars of the Curia of the Order, is to pray to God with all our strength, beginning with this Eucharist that we are celebrating, that something like that is granted to our new superiors and our new General Minister in particular.

More in this category: « Pope Francis invites the faithful to pray the Rosary in October The New Curia Team »