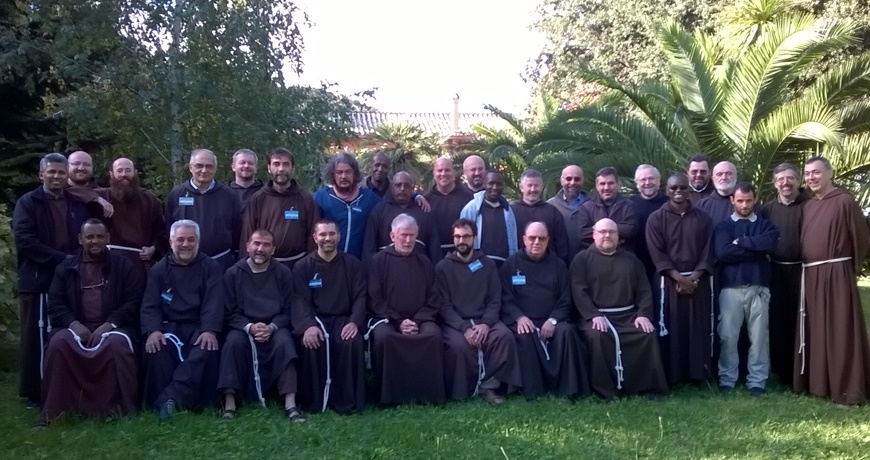 "I was hungry and you gave me food to eat and I was thirsty and you gave me to drink..." were the Gospel verses with which Br. Mauro our General Minister addressed the Capuchin brothers who came for the Seminar on Migration at Frascati, Rome (on 16 & 17th Oct 2015) called out by Br. Benedict Ayodi, the Secretary for the JPC and Brs. James Donegan & Akililu Petros from the Solidarity commission. He reminded us of our unique nature to go where no one would like to go. He called us to motivate our brothers so that we learn by being with these struggling bretheren.

Br. Stefan Kozuh our Vicar General motivated the participants with the following words:
-we have to prepare ourselves to become aware of this reality.
-Jesus had his time of passion where political powers were trying to manipulate and make use of the opportunity and common enmity; came together using that. Jesus was himself amidst the crowd of people. He did put himself into their situation and from there he was viewing the reality.
Today many refugees arrive, it is not the same case as on the first day they arrive. There are different interpretations and manipulations. People have fear about them, thinking that among them there could be a terrorist hidden. There is an attitude to remember-one likes to go there and see but without being discovered. Eg. Zaccheus in the Gospel, he was a timid person and so wanted to see the reality but it in a hidden way. Jesus did not bother about the reactions of politicians but he proved his solidarity with the poor by being with them. Entering into the world of these people
What about our attitude towards them? Are we ready to be with these crowd of people coming like a river. Love is not easy because it costs and will cost us. We have to work together in the fraternity. That is the invitation from the Constitutions. It is not enough that I allow a nominated person and step back. But we have to involve in joint way. It is common venture where every member also has his part of contribution in the accompaniment. 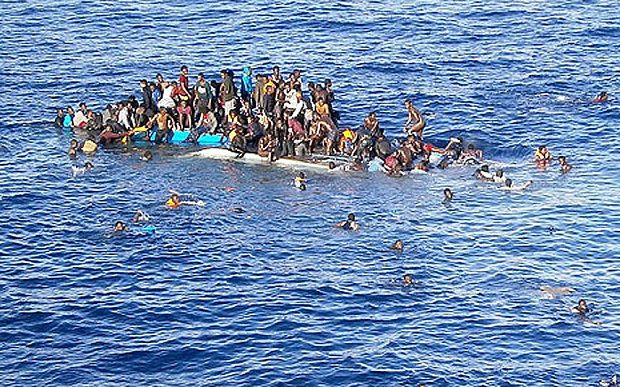 There were about 30 brothers from different countries where our brothers are already in the field reaching out in solidarity to the refugees and migrants. These are stark realities where thousands of migrants and refugees pass through or reach seeking asylum and comfort. The following are the thoughts we think may be of use to you so that you are sensible to them if you live with them. We write these because there is a danger in some of us of being insensitive or begin to react pessimistically due to the fear and anxiety. It is also to inspire some of you who may be living with the refugees and migrants so that you will have a thought for them and do something may be a little gesture of generosity to alleviate their suffering.

The reality & statistic
We find a marked increase of refugees to Europe and other rich countries in 2015.
According to BBC
"Europe is experiencing one of the most significant influxes of migrants and refugees in its history. Pushed by civil war and terror and pulled by the promise of a better life, hundreds of thousands of people have fled the Middle East and Africa, risking their lives along the way.
The scale of the crisis has put huge pressures on some destination countries, particularly Greece, Austria, and Hungary. At least 350,000 migrants crossed the EU's borders in January-August 2015, compared with just 280,000 during the whole of 2014.
And that 350,000 figure - an estimate from the International Organization for Migration (IOM) - does not include the many who crossed a border undetected.
Among the forces driving people to take such risks are the conflicts raging in Syria and Afghanistan, and human rights abuses in Eritrea. The majority - 62% - of those who have reached Europe by boat so far this year are from those three countries.
There are also people setting out from Libya, Sudan, Pakistan, Nigeria, Kosovo, Iraq, Iran Darfur, Somalia and other countries in the hope of a new life somewhere like Germany, France or the UK." BBC News 21st September 2015.

Why this time a high number?
War, Loss of hope, high cost of living, deepening poverty. Limited livelihood opportunities. Aid shortfalls, hurdles to renew legal residency, scant education opportunities; feeling unsafe, Poverty has increased.
Western countries are beginning to have increased burdens with the number of refugees.
In some countries where the education is highly valued and people who are there don't see a hope for their children. Thus scant education opportunities played an important role.

Why a Crisis?
Over loaded boats arriving and that is one of the reasons why we hear about crisis. It is linked with the route that the migrants and refugees are seeking. Many leave their native country with a high hope and desperation but are sometimes drowned or get killed on the way. The rest arrive and one must experience the sigh of relief when they arrive in the expected country.
Severe pressure on the receiving countries because they are not prepared for this number of persons seeking asylum. Thousands of people have been camping without shelter, sanitation, food and water. Arrival of refugees increased three times, there was route changes which add to the misery.

The gestures of solidarity shown to them:
The voluntary services like Caritas work with the local people and the Government to do something by way of relief and rehabilitation.
That is before, during and after the journey with the refugees.
The relief provided in the countries of origin.
Food, clean water, hot tea, meals, Information sharing, legal advice, bedding, psycho-social counseling
In the Destination countries: Primary care, relief and necessary accommodation
Early Integration measures: legal advice, guardianship of unaccompanied minors, Language courses, Integration in the local job market. Awareness raising to promote peaceful coexistence. Finding housing for these people. To accompany the refugees-for appropriate legal accompaniment. Support the educational system and vocational training. Integration of peer support between volunteers and involve the communities locally

Challenges:
Volatile crisis, Humanitarian Standards and people on the move. The difficulty to maintain the human standards for it is very difficult to work with standards. These refuges are people on the move so it is difficult to make assessment. Protection of the child also matters. Governments restrictions have to be taken care. Challenging in terms of flexibility and unpreparedness in time of reception.

Best practices
As against all odds there are thousands of people in these receiving countries are doing wonderful humanitarian service. That is working with volunteers, preparedness, coordination, rapid satisfaction survey, effective information sharing, providing hot meals/hot drinks who just arrive after days and weeks of hardships and life risking journey. There are also some wonderful countries who allow locals to participate in the process.

Feedback on the need.
They are not shared basic things-they were not told why they are taken, struggle without communicating with the relatives. Working with the interpreters in information sharing.

"One thing refuges have not had for a long time while on the road:
Could be a cup of tea and with a smile. That makes the difference, and that is what we are here to provide, to give comfort. Recently 5000 litres of tea Croatian volunteers cooked," were the inspirational words of Irene from Caritas, Italy.