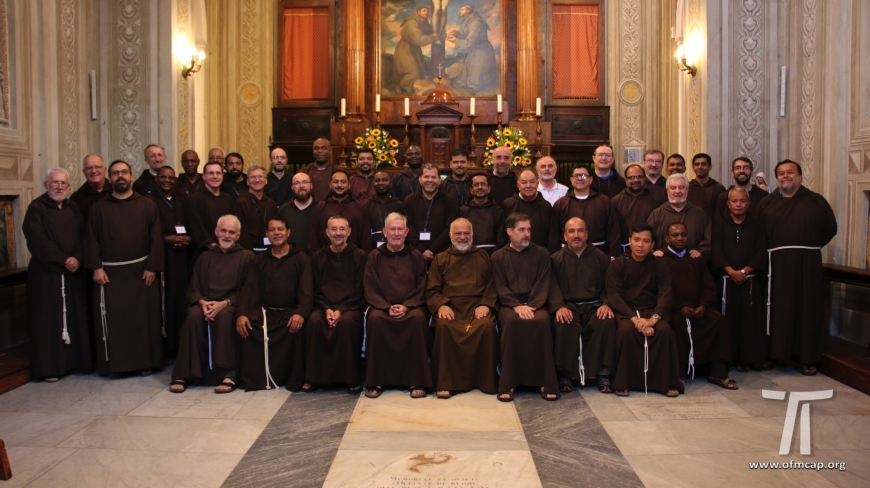 The fifteenth annual meeting of newly elected provincials and custodes with the General Minister and his Council was held at our friary in Frascati from July 2 to 9. The meeting is meant to provide to new major superiors (as well as those who have been reelected after a considerable amount of time) the necessary tools for the animation and administration of their respective circumscriptions.

The participants, twenty-five in all, expressed great satisfaction for the opportunity to interact directly with the General Minister and his Councilors as well as for the chance to have a greater awareness of the offices of the General Curia and its service to the Order.

The discussions were centered on various topics, such as: the figure and role of the minister, the animation of a circumscription, fidelity to the consecrated life with particular reference to questions related to the vow of chastity, authority and obedience, the administration of a circumscription from the juridical point of view, Fraternal Collaboration between Circumscriptions, the Fraternity for Europe Project, and others besides. It was an experience of intense fraternal sharing and mutual enrichment that will certainly serve for a greater care and animation of the brothers in the different circumscriptions.

Gallery of all the photos

Garden of the Frascati Friary

God’s beauty in the little things

More in this category: « Jurists of the Order – 2017 Meeting The Europe Project in Lourdes »