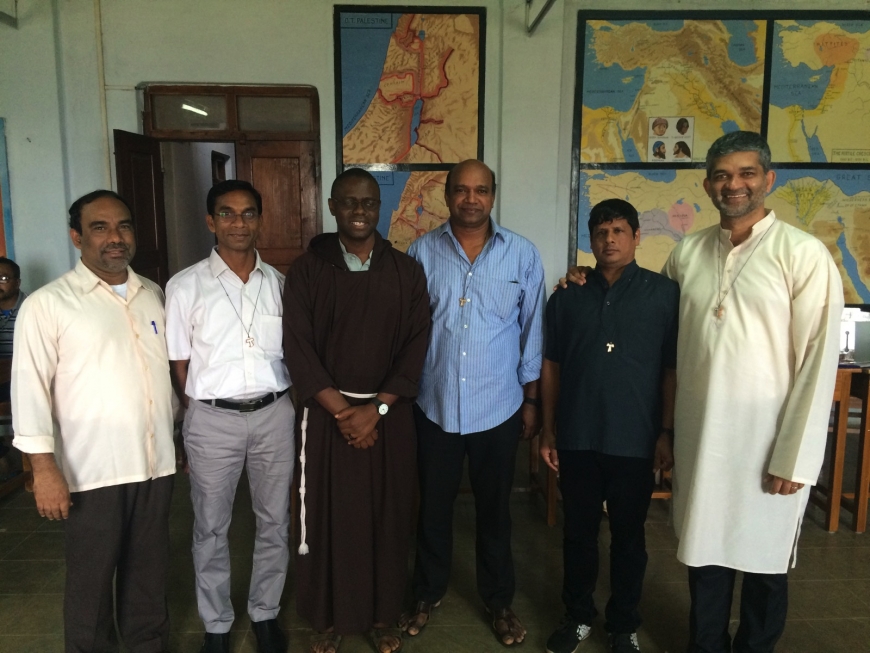 Kotagiri: The Capuchins in India have decided to take matters of justice, peace and ecology seriously in their lives and ministry.

As many as 21 Capuchins from different provinces and regions in India participated in the May 2-8 program, aimed at preparing them, and through them other members of different provinces, to be effective animators in the ministry of JPIC in India.

Capuchin Father Benedict Ayodi of Kenya Kenya province and the director of the Rome-based JPIC Commission, opened the program exhorting his conferrers in India to involve in the issues of the people, especially the poor and the marginalized, in ensuring them justice at all levels, in peace building, and in caring for the environment which is facing serious and manifold threats for its healthy existence.

The Kenyan priest animated various sessions and motivated the participants to follow the examples of Capuchins and other Franciscans in different parts of the world who are seriously engaged in JPIC activities, as demanded by Pope Francis.
Indian Capuchin Jacob Kani, the former editor of Indian Currents weekly and currently the editor of Youth Action magazine, and the Asian representative in the 7-member international JPIC Commission, organized the Kotagiri program.

He clarified that JPIC is not an optional thing but an integral part of every Capuchin’s life and ministry, and that the JPIC values need to be part of the whole formation system of the Capuchins. He explained the commission’s work under the framework of ‘Inform, Inspire, and Integrate.’ Similar training programs were already held in Quito (Equador) and Cebu (Philippines). Europe, Africa and America will organize them later this year.

New legislations such as Right to Information, Right to Education and Right To Food provide ample opportunities for the socially-conscious religious to work for the rights and dignity of the poor people in the country, they pointed out.
The participants formed a National JPIC Coordinating Team of Capuchins for further plans and actions in various provinces and regions in India.

The participants appreciated the JPIC Commission initiative in organizing such a program for Indian Capuchins, who they said are mostly engaged in traditional pastoral and spiritual ministry, school ministry, social works etc. Some are also engaged in media and publications work.

Many participants are of the view that a paradigm shift is required from the age old works of religious to address the issues affecting the poor and marginalized people today, harmoniously combining spiritual life and active ministry, following the example of Jesus, St. Francis of Assisi and Pope Francis, so that the religious remain relevant to the needs of the time.

The Capuchins, the second largest group within the international Franciscan Order and known for their pioneering work in remote areas, are spread across the country in 15 provinces.