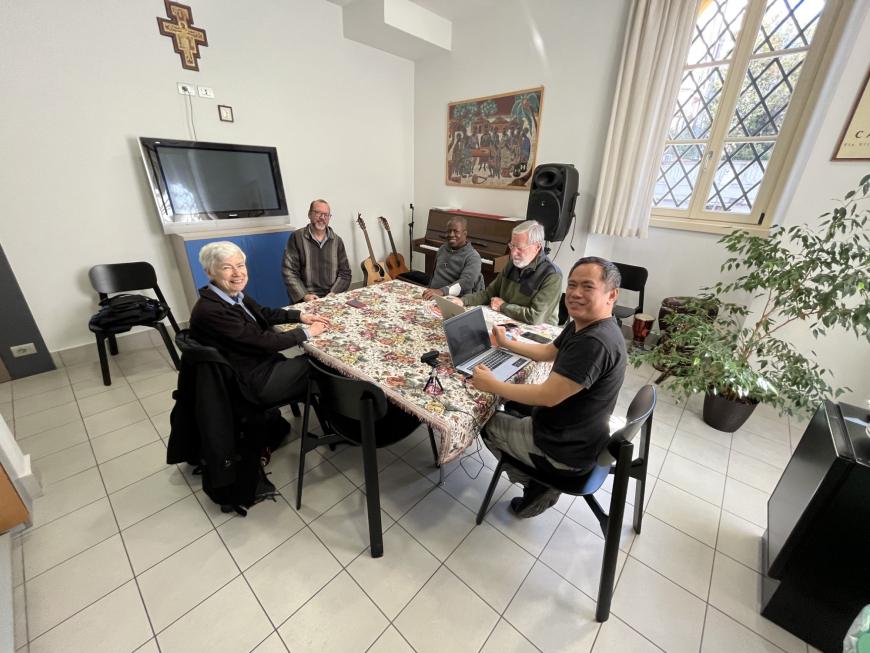 This was the first opportunity for a face-to-face meeting since the start of the COVID 19 pandemic and, for this reason, it was highly anticipated. Unfortunately, some members were unable to be present due to engagements abroad as required by their Order/Congregation; These include: Sr. Nancy Celaschi OFS-IFC/TOR, Br. Jaime Campos OFM and Br. José Vicente Ruiz y Samit TOR.

It was intended to be a transitional meeting held with an air of celebration for the joy of finally being able to meet in person again, while also officially confirming the changes made between veteran members of the Commission who have ended their term of service and the new members who took their place.

The work of the Commission focused on assessing the needs of the brothers and sisters in the territories of Ukraine currently affected by the war. This led to a lively discussion on possible immediate and long-term responses, in which the Commission identified a series of possible fields of action which will be related to you once they’re more pointedly defined.

The meeting reconfirmed the need for all members of the Franciscan family to recommit themselves to sustaining the work of the Commission and to recognizing the increasingly essential and fundamental role it plays in our joint task of optimizing our efforts and being witnesses of our Franciscan charism in the world through prayer, presence and concrete commitment, especially in places where there is the greatest suffering.

More in this category: « Day of Recollection in the General Curia