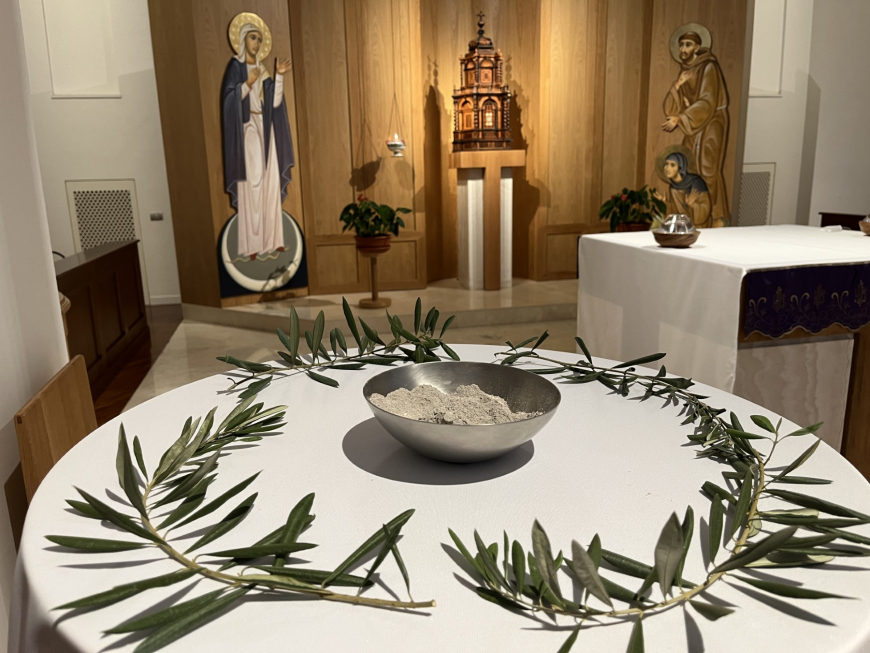 Rome - The fraternity of the General Curia typically starts Lent with a day of recollection, as was the case this year on March 3rd. The preacher was Msgr. David Salvatori, a priest of the church in Bologna who lives and works in Rome. He’s earned degrees in dogmatic theology and canon law. He has taught on many theological faculties, and is currently employed at the Apostolic Tribunal of the Roman Rota. He presented to us a meditation "From A Man of Piety to A Man of Faith: Active Participation in the Sacraments" retracing some steps of theological reflection from the second half of the 20th century, closing the reflection with the words of the apostle Peter (cf. Jn 6:68-69): “Lord, to whom shall we go? You have the words of eternal life and we have come to believe and are convinced that you are the Holy One of God.” The meditations, one in the morning and one in the afternoon were balanced with times for prayer and personal reflection.

The prayer of Vespers with Eucharistic Adoration put the finishing touches on the recollection.

More in this category: « Schola Fratrum The Roman VI Meeting »