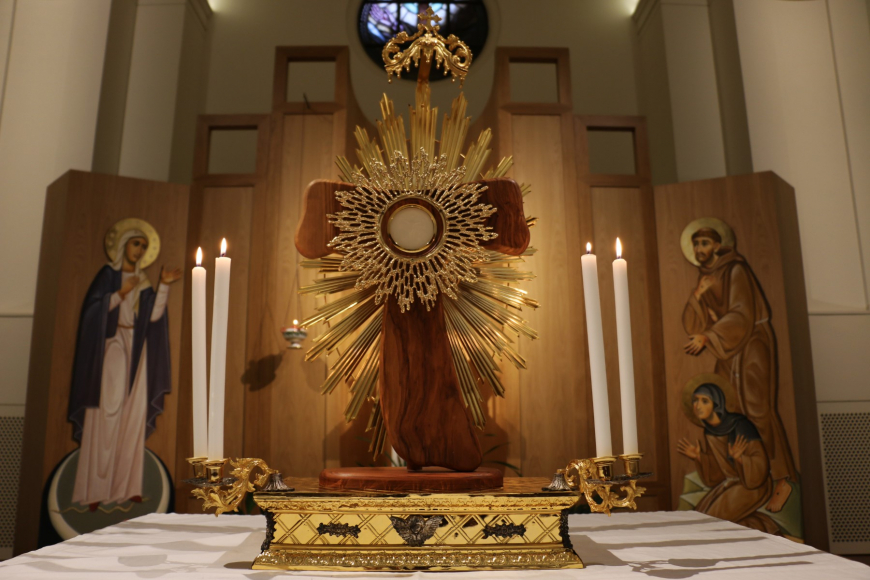 Rome. On Thursday, February 18, the day after Ash Wednesday, the Capuchin community of the General Curia participated in a day of recollection in order to begin their Lenten journey in a more profound way. The recollection was given by Br. Alessandro Ferrari of the Province of Milan (Italy), currently a member of the community of Via Cairoli. During course of the day, Br. Alessandro gave two conferences, as well as a homily at Eucharist which was celebrated at noon.

The first conference addressed the theme of listening as a fundamental condition for entering the path to conversion. The homily followed, which placed the journey as part of the process of returning to God at the center of the process of conversion, while the afternoon conference was dedicated to the conversion of the just. At the end of the day, like every Thursday, the friars gathered in the chapel for vespers with adoration of the Blessed Sacrament.

The following is from Br. Alessandro’s notes:
“Every journey to holiness begins with listening.”

The paths to holiness always begin with listening to the word. It is thus for the Virgin Mary, an excellent model of a fruitful listener to the word, capable of welcoming it, guarding it and meditating on it incessantly: "Mary, on her part, kept all these things, pondering them in her heart" (Lk 2:19). (…) St. Francis before the Crucifix of San Damiano hears a few words and changes his life. He will declare that it was the Lord who revealed to him that he was to live according to the form of the holy Gospel. Holiness is not conceivable if not starting from a daily listening to the word of God.

More in this category: « The Meeting of Europe 2021 Meeting of the CECOC »