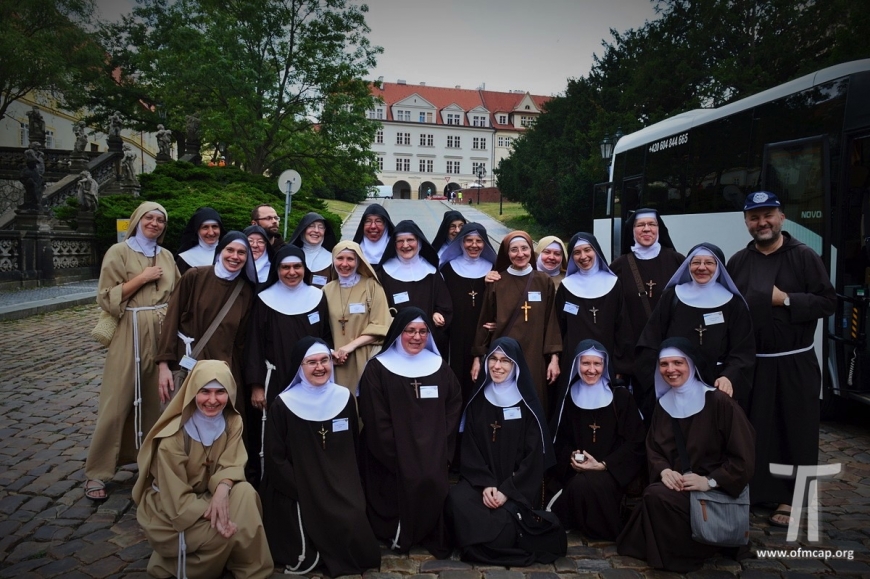 A Journey of Communion

The meeting of the Capuchin Poor Clare Sisters of central Europe, held in Prague on 3 to 7 August was the first encounter of this type.

22 sisters from 13 communities (Germany, Poland, Czech Republic, Slovakia and Italy) participated in the meeting, with the presence of the General Delegate br. Leonardo González and mons. Markus Graulich, SDB.

During the meeting the individual communities have submitted the current reality of the communities, the history, the shapes of their presence in the local Church and within the Franciscan Family.

In the groups composed by Sisters of the different nations have dealt with the themes of identity,  cloister and formation.

With the animation of the General Delegate sharing was held according to the linguistic groups regarding the draft of the revision of the Constitutions with the following results:

All communities expressed themselves in a positive manner with respect to the current text of the Constitutions, while reaffirming the necessity of the update, in what follows the orientation in view of the revision, instead of reform. The update mainly concerns the following topics:

Under the direction of Mons. Graulich we spend a whole day with the questions of instruction Cor orans, observed in the first time in a general way and consequently through the presentation of the diagram of the Statutes of the possible association or federation. After the presentation time given for dialog in groups depending on the linguistic membership.

To conclude it is possible to express the opinion that the meeting has reached its goal. It is profiled as a place of encounter, of knowledge and mutual sharing in the context of the current reality of monasteries of Central Europe. It is shown as the bridge of a continuation of the common path in the promotion of our capuchin charism that we found and experienced always vital and inspiring.

More in this category: « Annual Course for Capuchin Librarians USA: the meeting of the FI in New York »