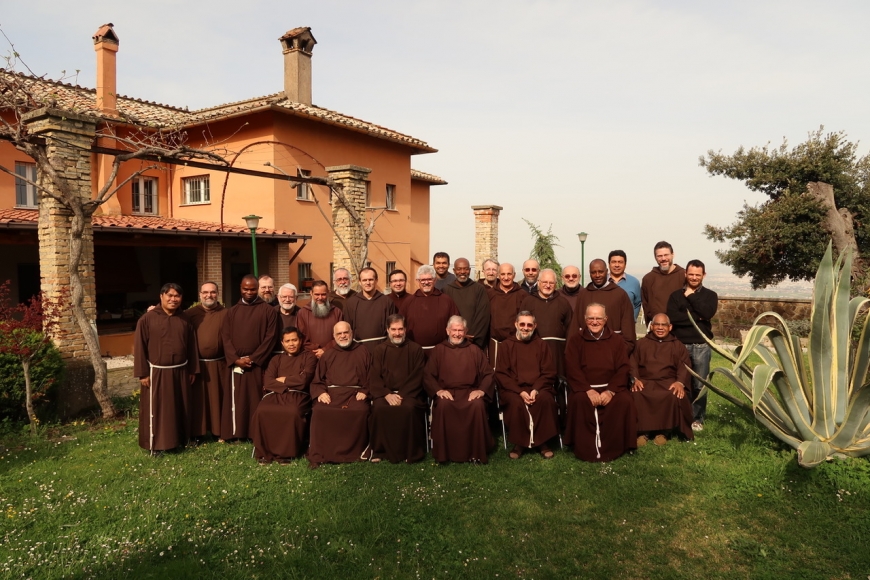 Frascati (Rome). The sixteenth annual meeting of the new provincial ministers and custodes with the General Minister and his Council was held in Frascati from April 8 to 15.

The friary of Frascati is the ideal setting for such a meeting. Located in a place of deep historical roots, Frascati is the ancient Tusculum of the Romans, where Cicero himself had his villa (some say the friary garden even contains some of its ruins). Situated between the greenery and fresh air of the Castelli Romani, the Capuchin friary and church of Frascati keep the illustrious memory of Cardinal Guglielmo Massaji, the great missionary of the Oromo people in Ethiopia, who spent his last nine years there and is buried in the church. The friary has depended directly on the General Curia since 1911, and in recent years has been used mostly for formation activities.

The  meeting has a threefold purpose:

The gathering was received positively from all points of view and in its various parts by almost all of those present, who also thanked the General Minister and those who worked with him to make the meeting the best it could be.

On the second Sunday, April 15, some of the ministers and custodes traveled in pilgrimage to Assisi in order to visit the places dear to Franciscans and to pray at the tomb of our Seraphic Father.

The following ministers and custodes participated in the meeting:

Thanks to all the participants!

More in this category: « Growing smaller Franciscans are ‘One Family with a Focus on the Heart’ »