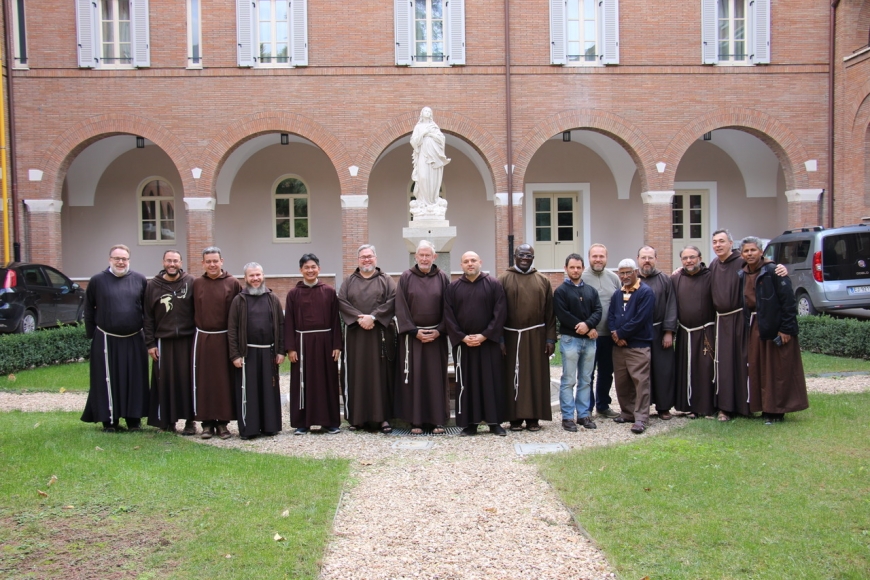 The fifth meeting of the International Formation Council was held at the General Curia of the Capuchin Friars Minor from November 9 to 15, 2017. The two friars of the General Secretariat of Formation, Br. Charles Alphonse and Br. Jaime Rey, were present together with the delegates of eleven Conferences (CCA and EACC were absent) and the Rector of the International College.

At this meeting, Br. Charles and Br. Jaime presented the draft third chapter of the Ratio formationis on initial and ongoing formation. The participants discussed the individual topics that make up the chapter – ongoing formation, vocation ministry, postulancy, novitiate, and post-novitiate – highlighting the initiatory character of each stage and examining the individual factors involved in the work of formation, while also keeping in mind the five dimensions of the pedagogy of consecrated life treated in the second chapter.

Lights and shadow emerged during the discussion on the chapter and its particular contents, thanks especially to the different cultural sensibilities of each Conference. The atmosphere of respect and peaceful listening provided a frankness that will be useful for editing the definitive version of the draft, which will then be entrusted to an international commission of experts in various  disciplines toward the end of harmonizing all the elements necessary for the Ratio.

The text of the third chapter will be a further subject of discussion, including at the level of the individual circumscriptions and in the houses of formation especially, which will be asked to have special meetings on it. These discussions will lead to further suggestions and observations such that the Ratio will truly be a document of the Order and not of an ‘intelligentsia’ theorizing on formation.

The International Formation Council will have the complete text of the Ratio formationis by next March in order to take care of final details before the General Chapter, when it will be presented to all the capitulars before the definitive approval of the new General Minister and his Council. (cf. Ordinances of the General Chapters, 2/7)