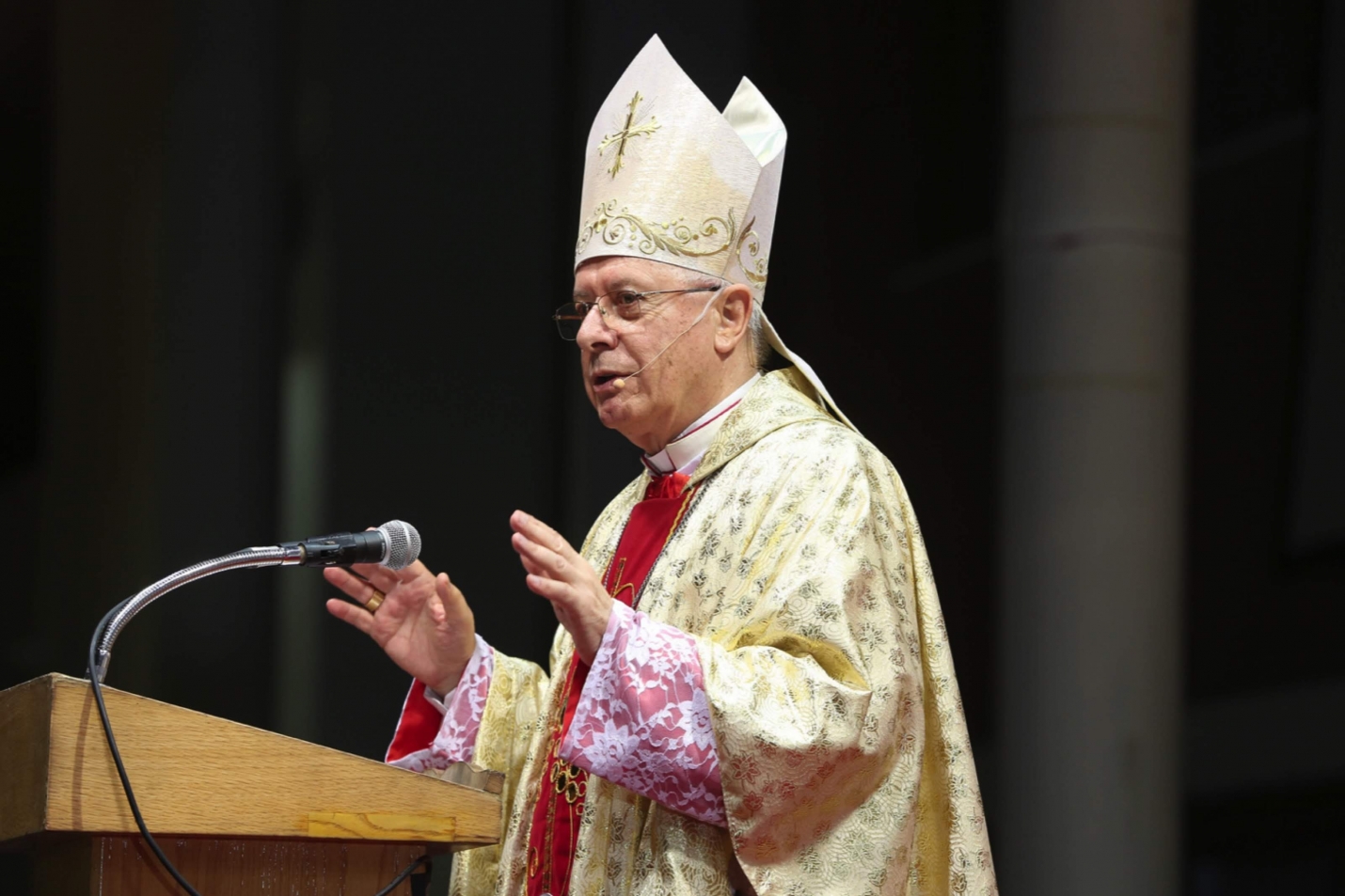 Bishop Hinder is titular bishop of Macon, and is currently the Apostolic Vicar for Southern Arabia which includes: Yemen, Oman and United Arab Emirates. 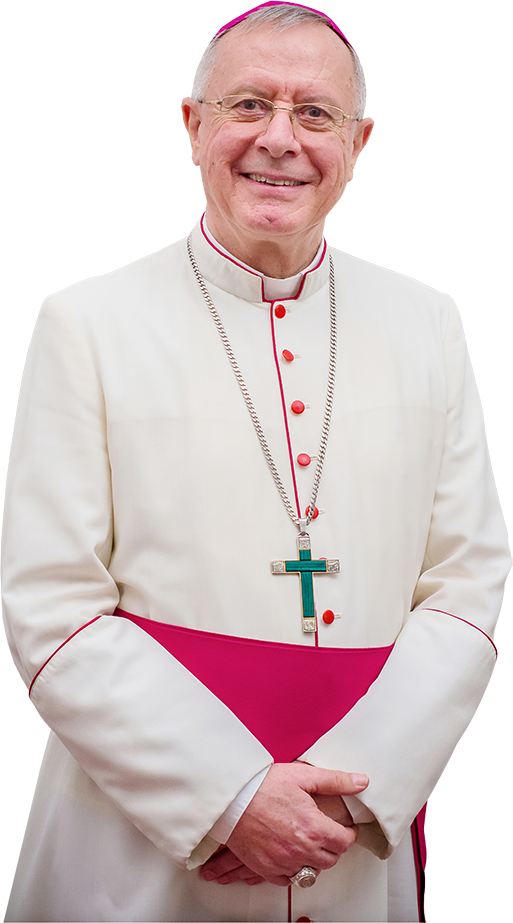 Bishop Hinder was born in Bussnang, Switzerland on April 22, 1942. He entered the Order of Capuchin Friars Minor in 1962 and was ordained a priest on July 4, 1967. After specializing in canon law in Munich and Friborg, he received his doctorate in Theology in 1976. He has held various positions, such as professor, formation director, Provincial Minister of the Province of Switzerland and General Councilor of the Capuchin Order.

He is a member of the Pontifical Council for the Pastoral Care of Migrants and Itinerant People.

He is a consultor to the Congregation for the Evangelization of Peoples and to the Pontifical Council for Interreligious Dialogue. 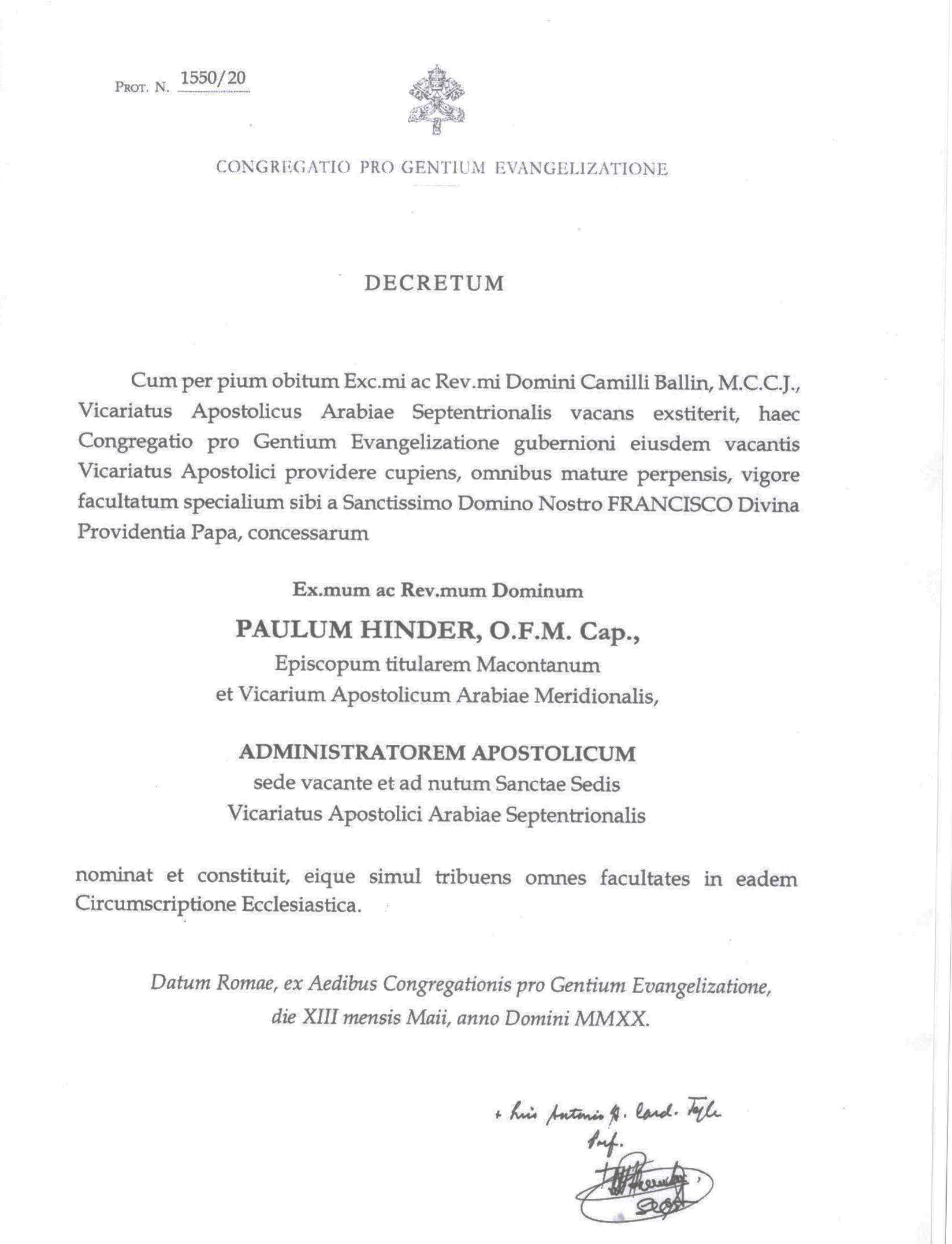