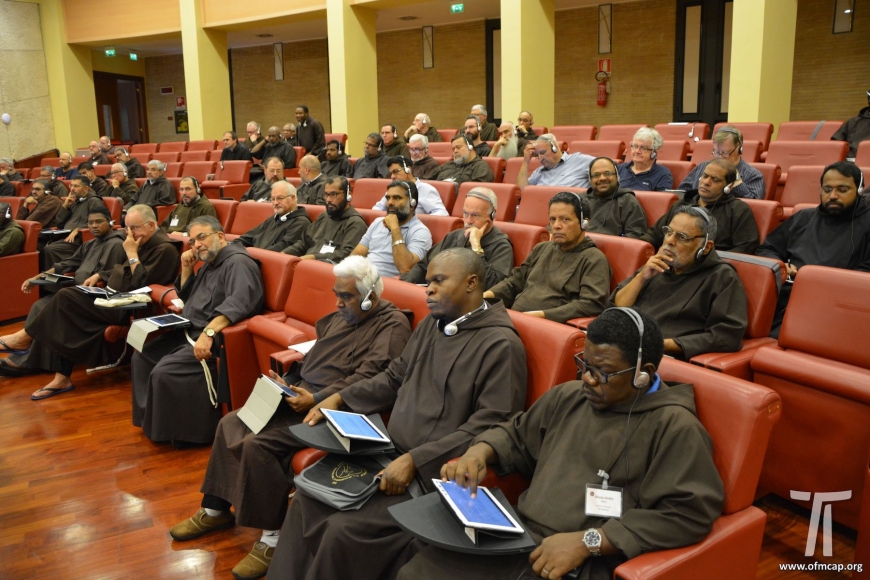 Rome, September 12. The General Chapter, which will conclude in a few days, continues to reflect on and discuss the topics on the agenda and which have been detailed in the preceding news items. Today we would like to note how the Chapter intended to reduce the consumption of paper, which in some ways can be very high as well as unsustainably expensive. For this reason the outgoing General Minister, Br. Mauro Jöhri, and his Council asked the General Curia IT office to explore the idea of the ‘paperless’ Chapter, that is to say to move to an electronic management of documents. Thus the part of the General Chapter budget initially meant for the purchase of paper and expenses of printing was repurposed toward the acquisition of tablets for the Capitulars to use. After some exploration, Providence arrived and it was possible to purchase good quality tablets at a low price such that everything fit into the original budget. For the management of documents the file sharing software Pydio has been used. After some initial struggles, mostly on the part of capitulars unfamiliar with such devices, the work of the Chapter has gone along peacefully.

More in this category: « An Impassioned Discussion for an Improved Collaboration The General Chapter Begins to Conclude »