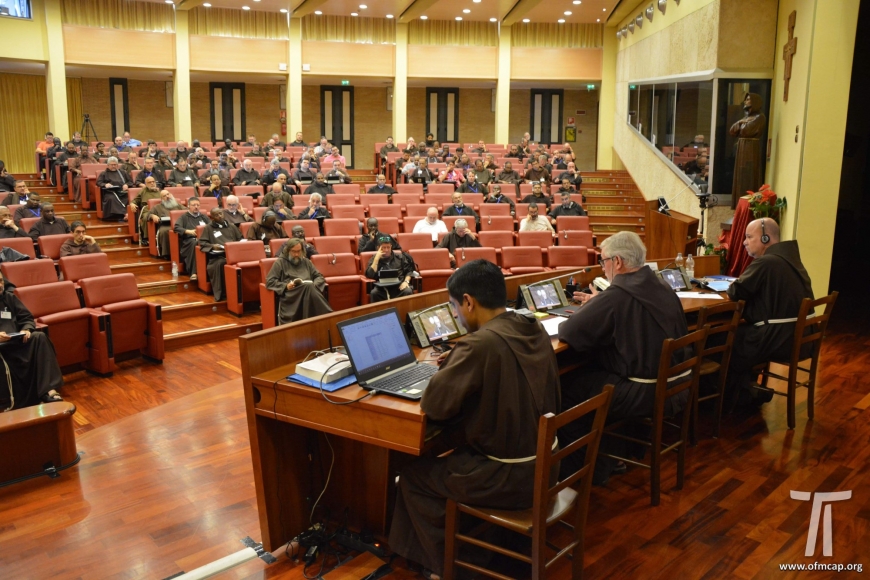 Rome, Saturday, September 1. The General Chapter’s first week of work concluded at the end of this morning. On the schedule for today was the Minister General’s presentation on, “The task and open questions regarding the role of the General Councilor.”

At noon the Chapter session concluded. Work will begin again on Monday, when the election of the new General Minister is scheduled.

This sixth day of General Chapter also happened to be the birthday of Br. Mauro Jöhri, the outgoing General Minister. In celebration, Br. Mauro presided at the morning Mass and there was also a festive lunch in his honor. The capitulars offered their best wishes and even gave Br. Mauro some gifts. Ad multos annos!

More in this category: « The Greatest Love New General Minister »