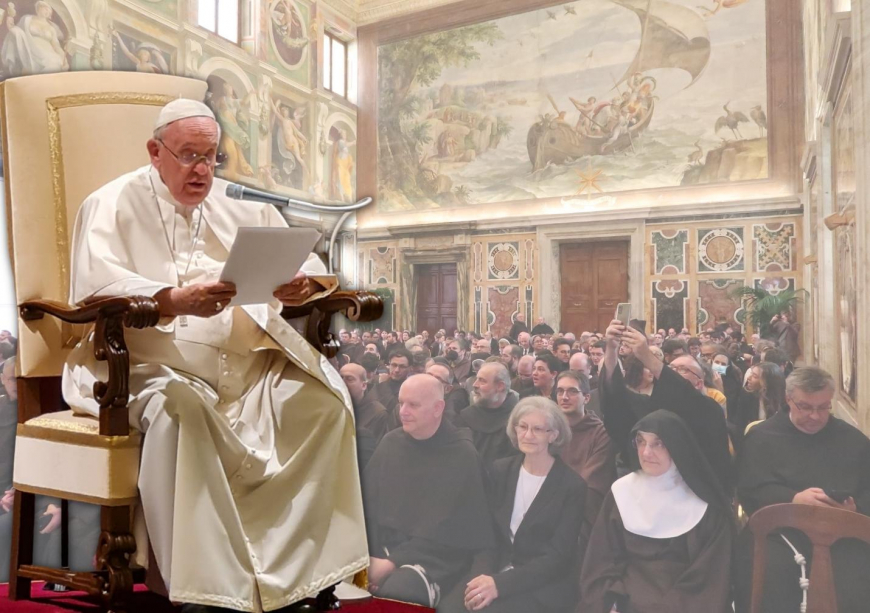 On the morning of October 31, 2022, Pope Francis received in the Aula San Clementina a representation of more than two hundred consecrated members of the Franciscan Family, including friars from the four Franciscan Orders, the Secular Franciscan Order, nuns from various Franciscan congregations, and ecclesial authorities from a number of Franciscan places, to communicate and reflect on the Franciscan centenaries that we are going to experience in the next four years.

The audience was held in an atmosphere of great joy and anticipation where the Pope recalled the reasons for choosing the name of Francis for his pontificate, saying that he was a very popular saint and at the same time so misunderstood; "Francis, in fact, is the man of peace, the man of poverty, the man who loves and celebrates creation; but what is the root of all this, what is the source? Jesus Christ," he said.In addition, he made a strong appeal to live the Franciscan centenaries, always looking at the person of Jesus and the brothers and sisters on the periphery: "The Centenary will be a fruitful celebration if it succeeds in walking together in imitation of Christ and in love for the poor."

The Franciscan centenaries will begin in early 2023 and will celebrate the 800th anniversary of the writing of the Rule, the Christmas at Greccio, the composition of the Canticle of the Creatures, and the reception of the Stigmata, and will culminate in 2026 with a Franciscan Easter celebration.During the progress of these four years, activities and reflections will develop around these events celebrated together as a family under the grace of our Franciscan charism.The audience ended with a blessing for those present and the Pope's encouragement to live the centenarian’s journey together as a Church and as a family 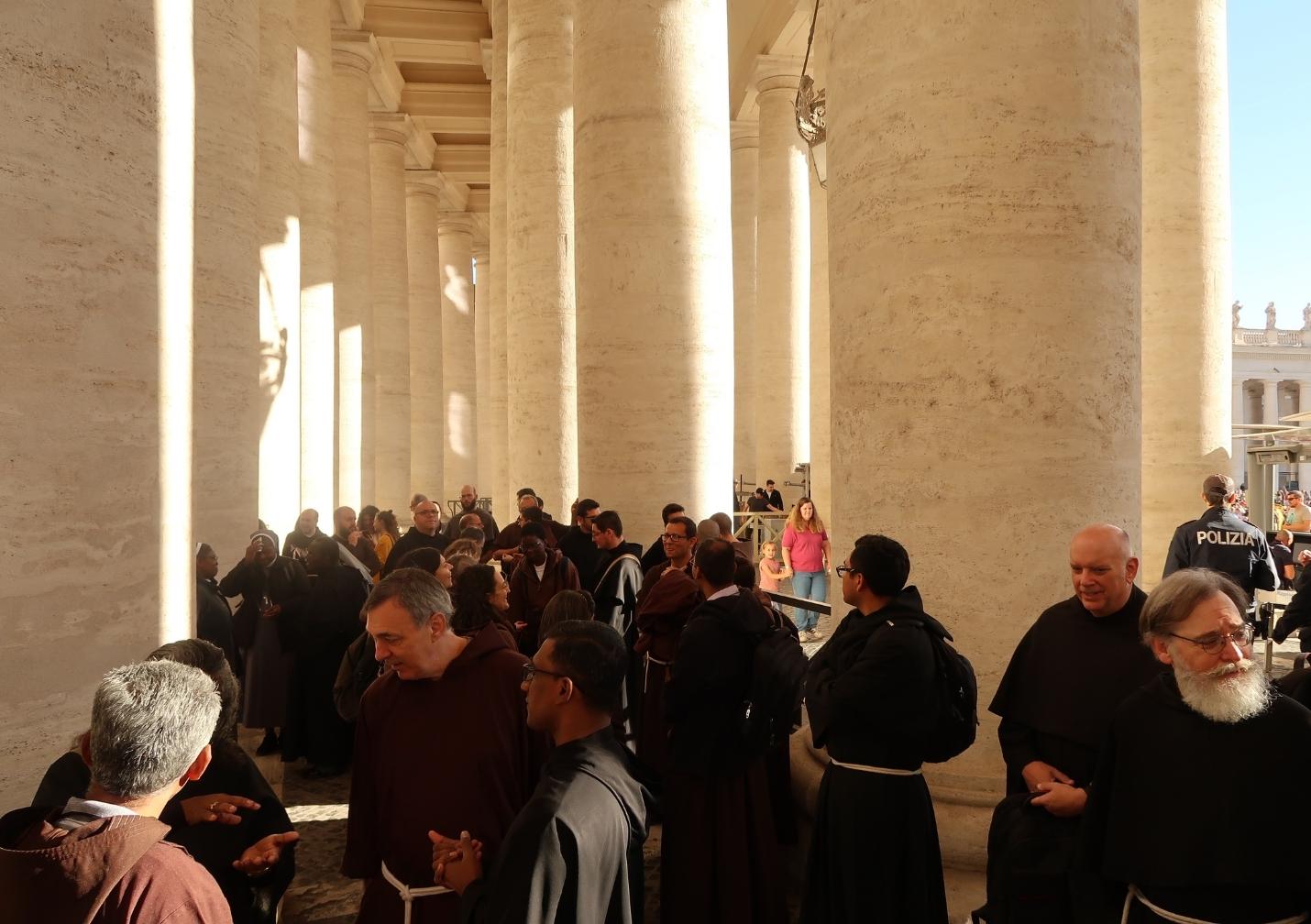 More in this category: « 1st Preparatory Meeting for the Future Mediterranean Conference Our Conferences »