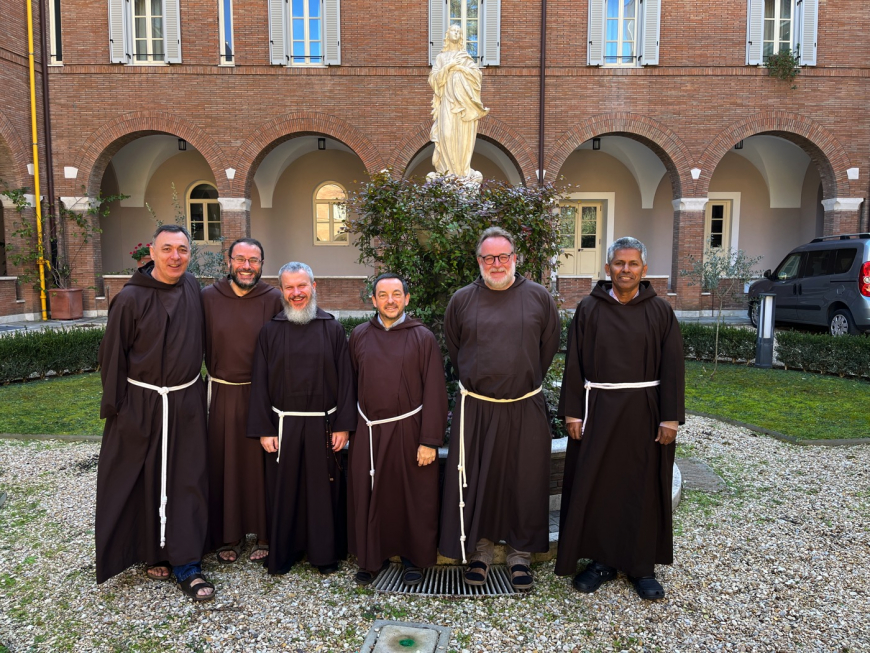 The International Formation Council for Europe

On Friday 25th and Saturday 26th February 2022, the International Formation Council for Europe met at the General Curia, the first to be present since the outbreak of the pandemic. The meeting was led by Br Charles Alphonse and Br Jaime Rey Escapa of the General Secretariat for Formation, and attended by Br Tomasz Protasiewicz (CECOC), Br Harald Weber (CENOC) and Br Angelo Borghino (CIMPCAP), while Br Víctor Herrero de Miguel (CIC) was absent for personal reasons.

The meeting opened on Friday with a sharing by the various members on their respective formation realities. They also discussed the current political crisis in Europe with the war in Ukraine, where our brothers are present. The Secretariat then reiterated the importance of the role of the Formation Councillors, who should be increasingly responsible for proposing and animating activities in the area of formation throughout the Order.

After the evaluation of the European meeting held in Częstochowa last October, the participants once again reflected on ways to create an international novitiate, a theme that is very close to the heart of the General Minister, Br Roberto Genuin, considering that the numbers of young people in formation are greatly diminishing, especially in Italy and Western Europe, but also in Eastern Europe. To this end, the participants put forward some proposals which will be handed over to the Minister and his Council for discussion.

The topic of other formation structures was also touched upon, namely the post-novitiate and the studentate, which follow different paths in the various European Conferences. The need for a path as unified as possible between the various stages was emphasised, as well as the importance of enhancing and encouraging our study centres, which are fewer and fewer and less significant.

On Saturday, the meeting continued with a discussion on the Ratio Formationis localis, which should translate the Ratio Formationis Ordinis at the Conference or continent level. Jaime recalled the contents of the three chapters of the document, and the Councillors agreed on the advisability of seeking a way of implementation that involves all the brothers, it being understood that an important part will be played by a group of experts who will have to collect and arrange the material. For this reason, and also to speak about the international novitiate and other structures, it was decided to convene, probably at the end of September, an assembly composed of brothers responsible for formation in each circumscription who work in the field of formation.

They then reflected on the advisability of creating a schola fratrum, a school for formators and for ongoing formation in general, also in Europe. The service of JPIC (Justice, Peace and Integrity of Creation) was also presented, which works more and more closely with formation and which can be a very effective tool for young people approaching our life. In this regard, Br Charles invited everyone to send him photos and videos, write articles and report significant experiences to spread the activities of the Capuchin Brothers and to make our reality known.

The Council closed its work by making an appointment for next November when members of the Conferences from all over the world will be present.

More in this category: « Let Us Pray for Ukraine Il Cammino dei Cappuccini »