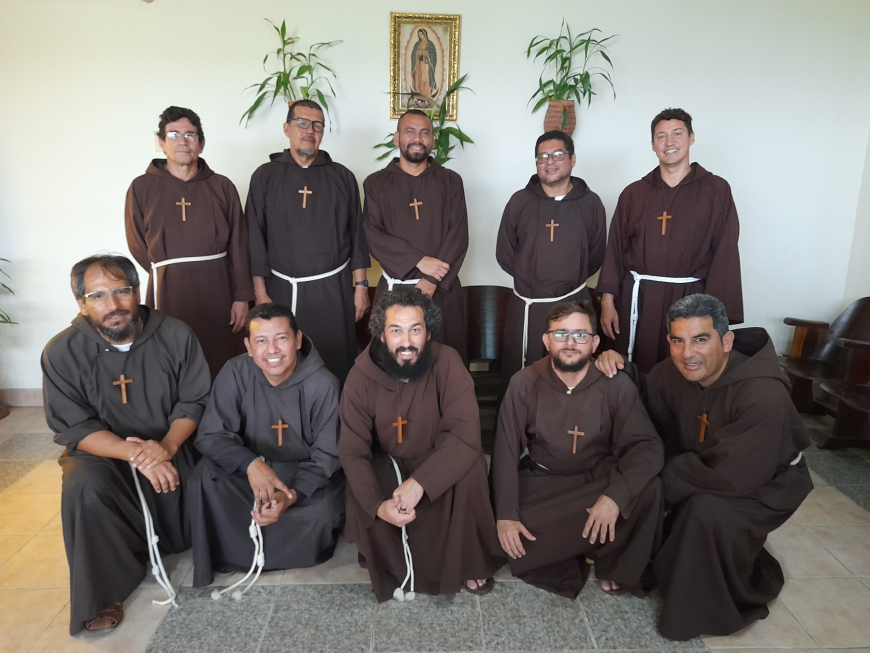 International Fraternity of St. Lawrence in the Amazon

February 2, 2022, the World Day for Consecrated Life, was a memorable day for the Capuchin Order. Two St. Lawrence international fraternities were established on the triple border between Peru-Colombia-Brazil, in the heart of the Amazon. They are the first St. Lawrence fraternities outside of Europe, and are a response to the request of the Order’s current leadership as it is stated in the opening letter of the sexennium.

These new fraternities are heirs of two remarkable centuries-old missionary traditions: Leticia and its surrounding region in Colombia was evangelized and developed by the Catalan Capuchins (Spain); and the municipality of Benjamin Constant and its surrounding region in Brazil by the Umbrian Capuchins in Italy. Leticia and Benjamin are only 20 minutes by boat from each other, however the contact between the two Capuchin presences has so far only been occasional and in recent decades the number of friars present has been constantly decreasing.

Even though the pandemic made preparations more difficult, with God’s blessing, the Order was able to get the initiative off the ground. The resolve of the General Curia, particularly the councilors of the Americas, the effort of the preparatory commission, the openness and commitment of the provincial ministers of Peru and Colombia and the custos of Amazonas-Roraima, Brazil, and also the collaboration of three other circumscriptions in the Americas, made it possible to establish two beautiful fraternities with five friars each, bringing to this region ten friars willing to live the Capuchin charism.

Friars present at both the morning inauguration in Leticia and the late-afternoon inauguration in Benjamin Constant were General Councilors Br. Celestino Arias and Br. Silvio de Almeida, the major superiors of all the circumscriptions involved: Br. Alirio Rojas of Colombia, Br. Piero Velez of Peru, Br. Mario Ivon Ribeiro of Amazonas-Roraima Brazil, Br. Roberildo Souza Araujo of Ceará-Piauí, Brazil, Br. Israel Maldonado of North Mexico and Br. Gilberto Bedin, Custos of West Brazil. There were also other brothers, priests, men and women religious and some lay people in attendance. The celebrations were simple but full of spiritual and symbolic significance which brought a sense of transcendence to the event, such as the imposition of the missionary cross, the offering of indigenous elements and the sign of the Tau on the forehead. The ceremonies culminated with the playing of a recorded blessing of the General Minister, Br. Roberto Genuin, in all the relevant languages.

The General Secretariat of the Missions helped in the process of working out the details of the project, including the selection of candidates, leading a week of collaborative orientation with all the members of the two fraternities; they also participated in the first local chapter of both fraternities.

Now the real challenge begins. These friars, diverse as they are, must be ensured to live our values of fraternity, minority, a life of contemplative prayer together with apostolic mission; and they must also be assured of the support of all the circumscriptions in the Americas for their missionary and formation activities.

During the coming year, it will be necessary to plan, with the help of the General Secretariats, a missionary training program (in both abstract and practical terms), which would be offered in 2023 to post-novices from all the Americas and other friars who might be interested.

Once again, we feel that collaboration between circumscriptions is the best way to respond effectively to the problems and needs of today's world. Let us pray that these fraternities can help revive our charism and our missionary spirit.