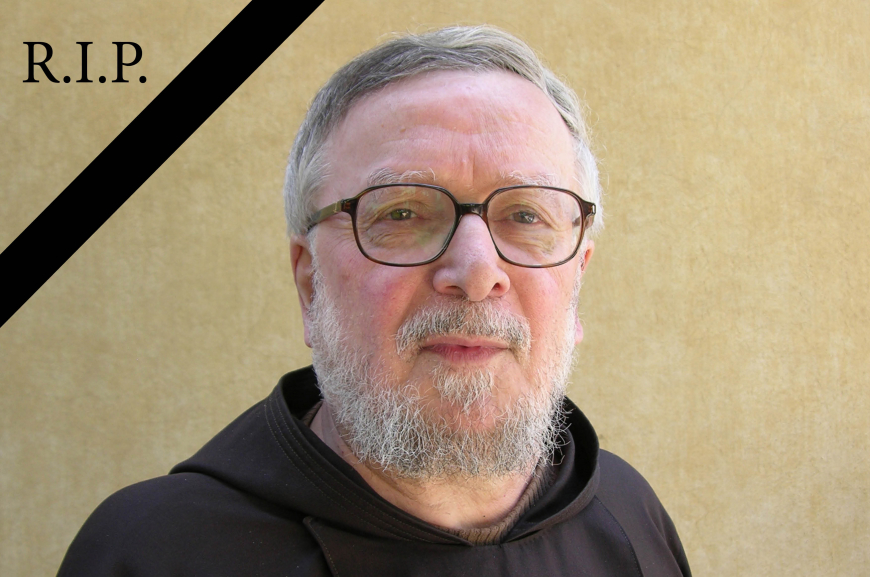 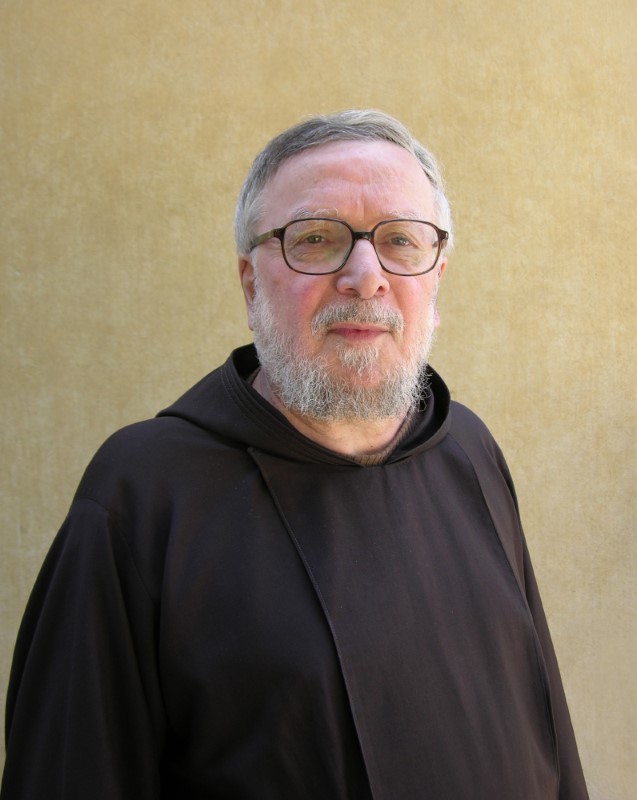 Br. Ermanno Ponzalli preceded us to the House of the Father, having passed away on October 27, 2021. He was from the Province of Tuscany, Italy.

He served at the General Curia with two General Ministers

From 1982 - 1988 - as private secretary to the General Minister, Br. Flavio Roberto Carraro

With deep sadness and pain, I have been made aware of the news of the death of our dear brother Ermanno Ponzalli, who was indeed a worthy son of our Seraphic Father Saint Francis. He served in his own Province of Tuscany with great generosity and love, as he did the entire order of Capuchin Friars Minor.

A philosopher by formation, he was a just and loyal friar who was completely dedicated to fraternity. At the 1988 General Chapter, he was elected General Definitor, and was elected Vicar General at the following 1994 General Chapter. As such, he spent all his energies in the service of the Order –in particular, the Italian circumscriptions– promoting a spirit of cooperation and collaboration and making himself present in all the provinces. I cannot underscore enough the contributions that Ermanno, brother among brothers, provided the General Curia through his availability for so many unassuming and hidden services, as well as his contributions to the building of fraternity at the General Curia itself by his exemplarity of life.

The debt of gratitude that the Order and the General Curia have towards this brother is truly great. With the death of Br. Ermanno, not only has our fraternity at the Curia lost a good man, but the whole Order has lost a man who was a clear witness to evangelical and Franciscan life, and who was able to wisely integrate sense and knowledge, animation and government, service and counsel.

Br. Ermanno was a teacher and a brother.

He was a teacher inasmuch as he instructed with the masterful lesson of his life, living and inspiring others to live more closely the imitation of Our Lord Jesus, poor and crucified; he was a teacher, even prophetically so, who opened up horizons on mission and on the proclamation of the Gospel.

He was a brother in that he was always available to offer his consultation, always ready to share his advice, always willing to lend a hand so that the Order would walk with ever greater fidelity toward that which we've all professed.

I want to join you in raising to the Father of Mercies a hymn of thanksgiving for the life and work of this brother of ours, and on the part of the Order, I express my deepest condolences for his loss.

With fraternal prayer and sincere gratitude, we accompany our dearest Br. Ermanno to meet the Lord, and we invoke on his behalf the reward promised to the faithful servants of the Gospel.

May our beloved saints who dwell in Heaven, and especially our blessed father St. Francis, present him to the Lord. To you, Br. Valerio Mauro, Provincial Minister of the Province of Tuscany, to his fraternity in Arezzo, and to all his loved ones, I remain near in spirit and extend my fraternal blessing. 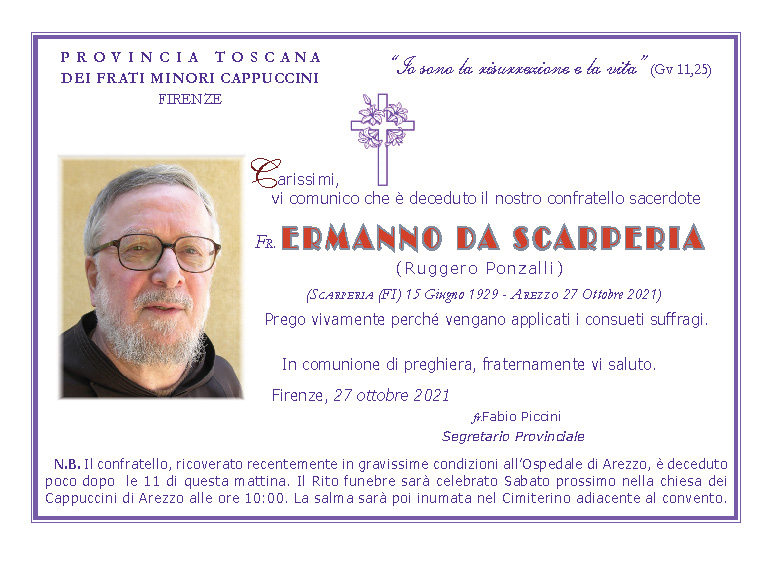 More in this category: « The “Festival of the Talbiyeh Neighborhood” in Jerusalem The Franciscan Centenary 2023-2026 »