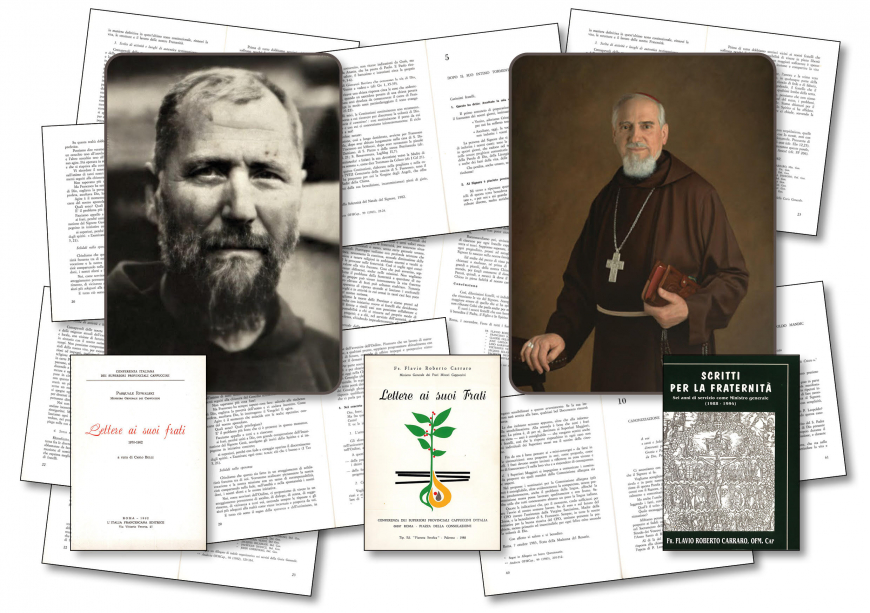 In recent years, on the website of the General Curia www.ofmcap.org, the letters of the Ministers General of the last 25 years have been published in the DOCUMENTS section in digital format. Thus, in Word, PDF, EPUB and MOBI formats, letters from General Ministers John Corriveau, Mauro Jöhri and the current Minister Roberto Genuin were collected and made available. The purpose of this digital publication in 7 languages is to make available to the friars those materials which, in addition to their historical value, also contain charismatic inspiration.

All these materials in 7 languages were also included in the Mobile Application of the General Curia published in 2017, available on Google Play and in the Apple Stores under the name OFMCap, thus allowing everyone to read the documents directly from their smartphone. Having materials in digital format, in addition to simply reading them also makes available their use for scholarly work on mobile devices such as E-books, Kindle, iPad or tablet, via search functions for specific content.

In an effort to expand our collection of documents, those of Pasquale Rywalski and Flavio Roberto Carraro have now been published on our website, in the aforementioned section of the "Letters of the General Ministers". These letters cover the 24 years of their ministry with our Order from 1970 to 1994. The published material is a high resolution PDF scan of three books in Italian. It includes 71 letters from Br. Pasquale from 1970 to 1982 and the first 35 letters of Br. Flavio from his first sexennium 1982-1988 as well as 22 other letters from the period 1988-1994. Furthermore, this last volume also contains selected lectures from those years given by Flavio and some of his speeches and homilies.

The files being made available to you are all specially prepared. They have been developed using OCR (optical text recognition), thanks to which it is possible to search the entire text of a given PDF file in a short time according to the selected key, based on the "search word" (Ctrl + F ). The files also allow one to copy their content into Word.

We hope that the above material will be of benefit to those friars who are looking for inspiration for their personal formation and who wish to have material to prepare a conference in the field of Capuchin Franciscan spirituality.

At the moment we publish only in Italian, because we only have materials in that language, but we hope in the future that we can obtain the same material in other languages and are able to publish them on our site.

We also remind you of the existence of the Digital Archive, also established in recent years, where all the documents in digital format on the Google disk have been collected, allowing you to download all the materials of a given period into Word or PDF. Then connect to: https://drive.google.com/drive/folders/0B3l4q-j_zXsbZG1lZU0yZXZIdkk

We wish you well in your explorations!

More in this category: « The speeches of the Popes to the Capuchins New Books »