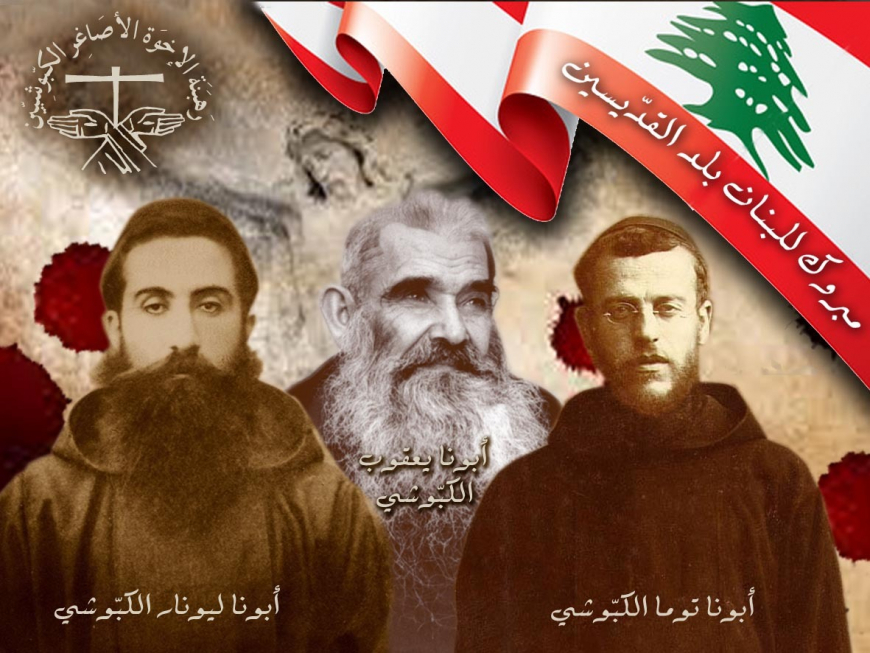 Promulgated decree recognizing the martyrdom of Br. Leonard Melki and Br. Thomas Saleh, Capuchin friars of the Custody of the Near East (Lebanon and Syria).

In the region of Mesopotamia and throughout the Ottoman Empire there occurred episodes of persecutions and hostility toward Christians, beginning as early as 1893 with massacres organized or prompted by the central government. With the outbreak of the First World War, the persecution against the Church became more widespread, systematic and fierce, revealing a plan of mass deportation and extermination, and thus becoming the "first genocide of the twentieth century" (declaration of St. John Paul II and Kerekin II, September 27, 2001). The killings began during the night between April 23 and 24, 1915 in Constantinople, when the first arrests were carried out among the Armenian elite. In this Medz Yeghern (the "great crime" or the "great evil"), more than one and a half million Christians (Armenians, Syrians, Chaldeans, Assyrians and Greeks) died. With them, many bishops, priests, men and women religious and foreign missionaries were led to their death, without any trial, including the two Servants of God – on two different dates and places, but in similar circumstances. 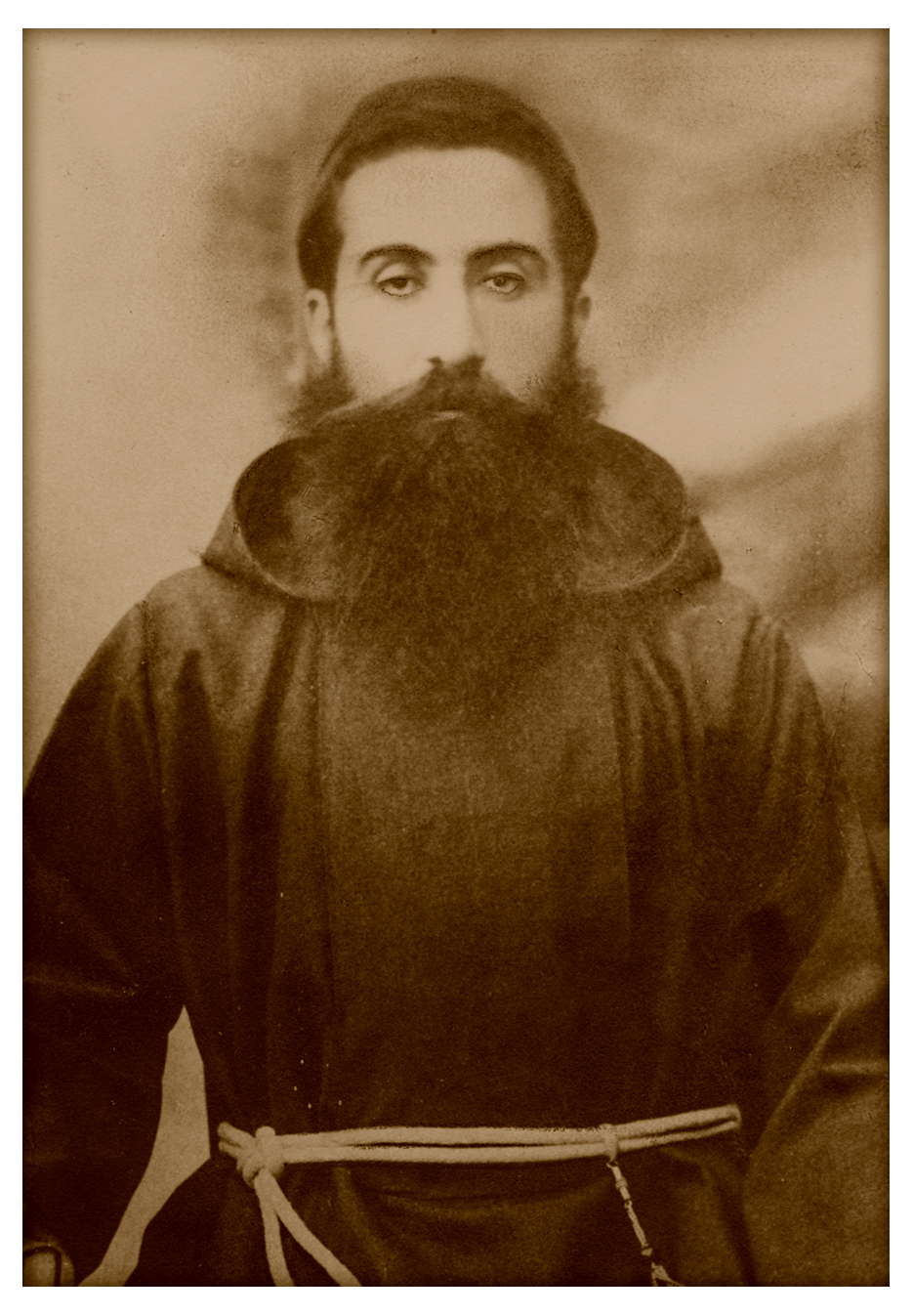 The Servant of God Leonard (born Youssef Houais) Melki was born in the Lebanese village of Baabdath (in the Metn region) between the end of September and the beginning of October 1881, the seventh of eleven children. He was probably baptized on October 8th of the same year and was later confirmed on November 19, 1893. Attracted by the example of the friars, he decided to become a Capuchin and a missionary. On April 28, 1895, he entered the minor seminary of St. Stephen near Constantinople, belonging to the Apostolic Institute of the East. There, he received the Capuchin habit on July 2, 1899 and made his first profession on July 2, 1900. In Buca, near Smyrna, he completed his philosophical and theological studies, professed his perpetual vows on July 2, 1903 and was ordained a priest on December 4, 1904. Completing his final examinations on April 23, 1906, he was assigned to the mission of Mesopotamia.

His missionary apostolate extended between the cities of Mardin, Mamouret-ul-Aziz and Orfa, where he dedicated himself zealously to hearing confession, preaching, teaching, school management, youth ministry, the Franciscan Third Order and other such fraternities, with a few short stays of convalescence in his native village. On December 5, 1914 there occurred the first raid of the military on the Capuchin church at Mardin, followed later by acts of violence and harassment against the missionaries, which finally culminated with the order relinquishing their presence there. The Servant of God decided at the last moment to stay with his 80 year old brother rather than leave him alone propter caritatem, despite the danger. On June 5, 1915, the Servant of God was arrested and savagely tortured for six days, in an attempt to make him renounce his faith and embrace the Islamic religion. On June 11th, the feast of the Sacred Heart, he was placed at the head of a caravan of 416 men, thus starting a long journey of deportation that would end in Diyarbakir. Among the deportees was also Blessed Ignace Maloyan, Armenian Catholic Archbishop of Mardin. Halfway along this long journey, after refusing once again to renounce their faith, they were all slaughtered in the place called Kalaat Zirzawane, and their bodies thrown into wells and caves. 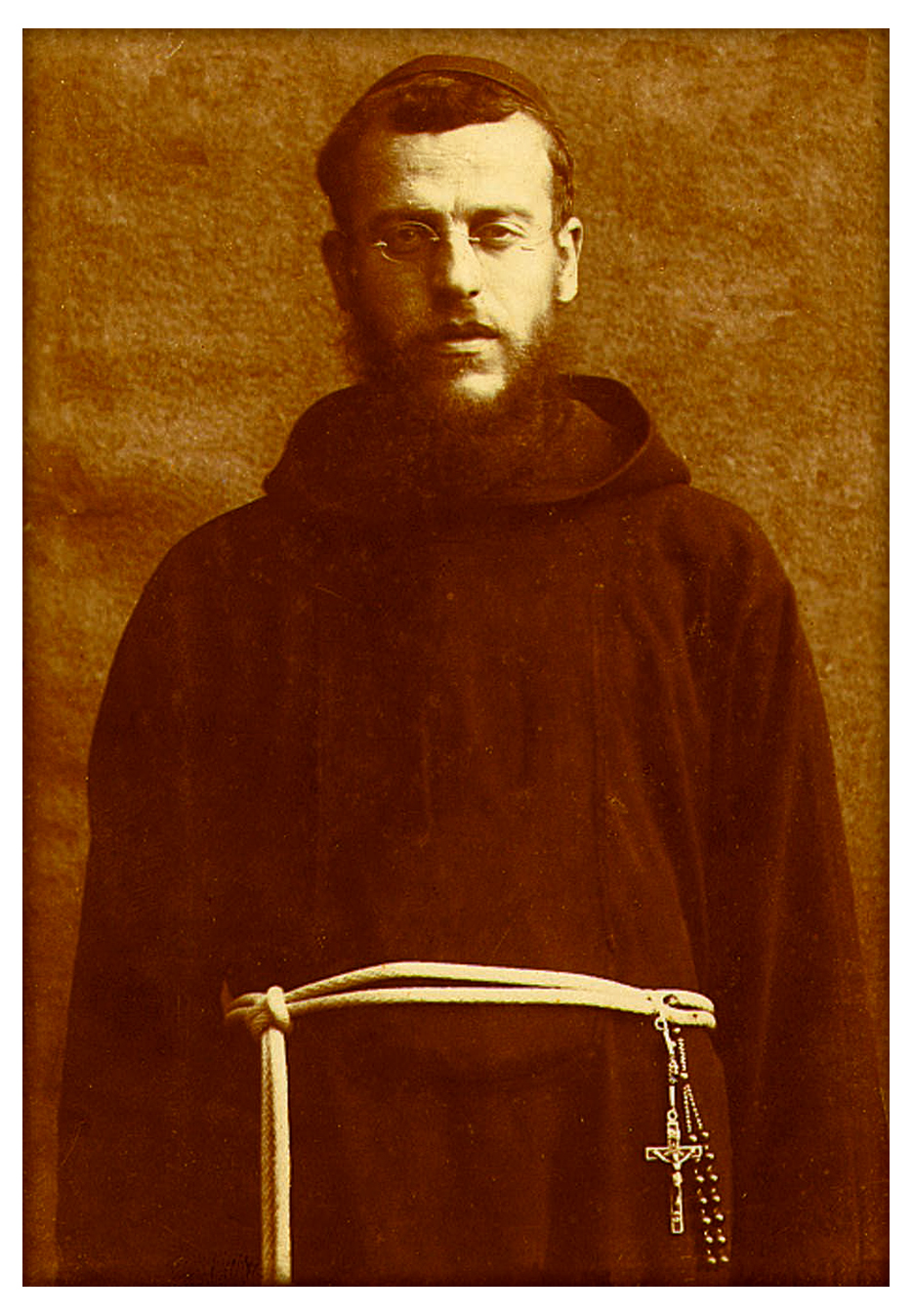 The Servant of God Thomas (born Géries) Saleh was born in the same Lebanese village of Baabdath probably on May 3, 1879, the fifth of six sons. He was baptized in the following days and confirmed on November 19, 1893. Also attracted by the example of the friars, he too decided to become a Capuchin and a missionary. Together with his brother, the Servant of God Leonard Melki, on April 28, 1895 he entered the minor seminary of St. Stephen, where on July 2, 1899 he received the Capuchin habit and on July 2, 1900 made his first profession. He completed his philosophy and theology in Buca, where he professed perpetual vows on July 2, 1903. He was ordained a priest on December 4, 1904, and upon completing his final examinations on April 23, 1906, was assigned with Leonard Melki to the same mission of Mesopotamia.

His life as a missionary took him to the towns of Mardin, Kharput and Diyarbakir, where he dedicated himself zealously to hearing confessions, preaching, teaching, school management, youth ministry and the Franciscan Third Order. On December 22, 1914 he and his confrere were expelled, along with number of nuns, from their presence in Diyarbakir, taking refuge in Urfa. For two years, he bravely faced police harassment and survived two waves of Christian massacres in the city. He was arrested on January 4, 1917 with his brothers on charges of hiding an Armenian priest who was the head of his community in the friary, sparing him from certain death and possessing a weapon -- the latter of which was a false accusation. These charges resulted in a death sentence for the Servant of God. Dragged from one place to another, he suffered all sorts of violence and mistreatment, falling ill with typhus. Arriving in Marash, and by that time exhausted, he likely died on January 18, 1917, having exhorted his companions to trust in the Lord and having again begged Jesus in the Eucharist to be able to bear the sufferings of the Armenian priest.

The marked and meaningful witness of faith and heroic charity of the Servants of God Leonard Melki and Thomas Saleh can also be a sign for the Church today of the urgent need to proclaim the Gospel even to places most difficult and farthest away, despite dangers and persecutions. It was through their courageous fidelity to Christ, to their identity as consecrated persons and to their vocation as missionaries that these two Servants of God were able to submit themselves as "the wheat of God ground by the teeth of the wild beasts to become the pure bread of Christ" (Ignatius of Antioch, Letter to the Romans, IV, 1) -- light of the world and salt of the earth. 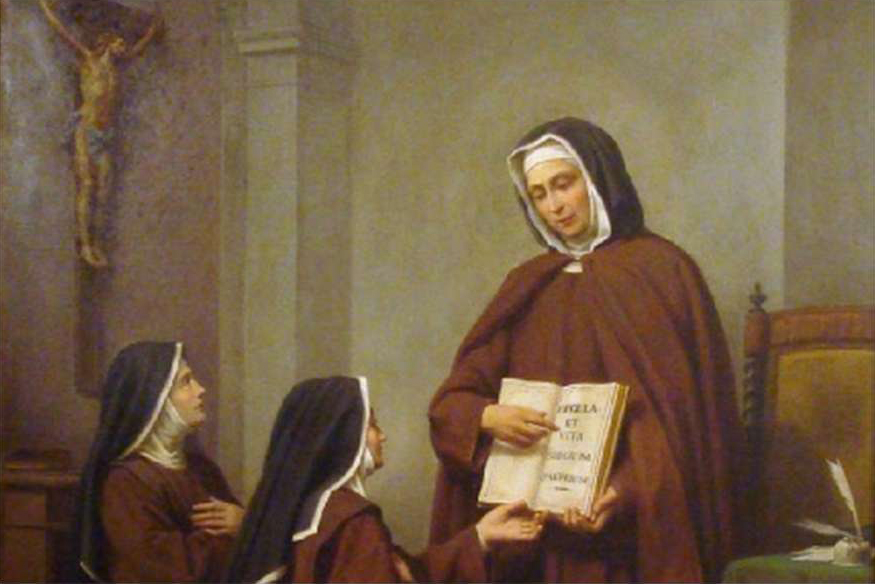 The Holy Father Pope Francis authorized the promulgation of a decree recognizing a miracle attributed to the Venerable Servant of God Maria Lorenza Longo. 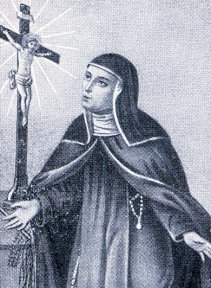 The place and year of the birth of Maria Lorenza Longo are not precisely known. She was certainly of Catalan origin, probably born in Lleida around 1463 from the noble Riquençà or Requesens family. At a very young age, she married Juan Llong, regent of the Council of Aragon. One day during a party she was poisoned by her maid, who harbored resentment towards her. As a result, she suffered paralysis in her lower limbs. Yet in 1506, despite her debilitation, she followed her husband to Naples.

In 1509, after the death of her husband, Maria Lorenza was led on a pilgrimage to the Shrine of Loreto, where she obtained the grace of a sudden recovery. After returning to Naples and arranging for the accommodation of her children, she devoted herself entirely to the exercise of charity at the hospital of San Nicola al Molo. In 1519, encouraged by Ettore Vernazza, she pursued the foundation of a hospital for incurables, which was opened on March 23, 1522.

The so-called "incurable" patients were mainly victims of the "French Disease", i.e. Syphilis. Her zeal also led her to take care of street women, for whom she founded Il Monastero delle Pentite.

In 1530 the first Capuchins arrived in Naples and were welcomed by Maria Lorenza Longo in the outbuildings of the hospital. Three years later she practiced the same kind of hospitable charity with the Theatines.

Some women had joined her, and soon it was decided to bring to bear a new cloistered institution. On February 19, 1535, Paul III authorized her to build a monastery under the Rule of St. Clare near the hospital for incurables. A new reformed branch of sisters of the Franciscan Second Order was born, which, following the example of the Capuchins, took the same path of a poor and austere life and adopted the same name. In July 1535, the first religious entered the new monastery of Santa Maria in Gerusalemme.

On April 30, 1536, with a new papal brief, Maria Lorenza obtained the right to increase the number of sisters to thirty-three, which prompted the monastery from that day on to be known as the "Monastery of the Thirty-three". On December 10, 1538, Paul III granted – quite exceptionally – that they benefit from the spiritual care and direction of the Capuchins.

While the year of her birth is completely uncertain, the time of her death, based on evidence from various documents, was surely to have been sometime during the second half of 1539.

More in this category: « Appointment of a New Guardian at the General Curia Sixth Letter of the General Minister »