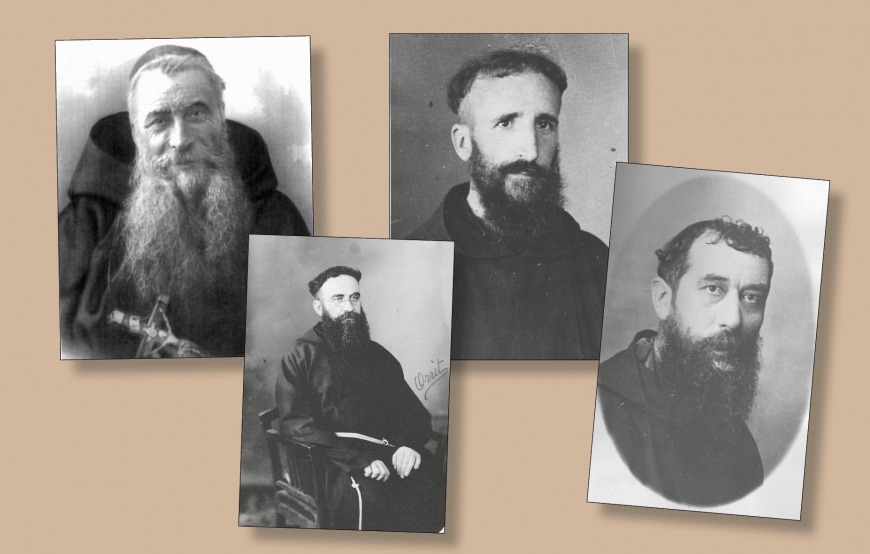 On January 23, 2020, the Holy Father, upon receiving Cardinal Angelo Becciu, Prefect of the Congregation for the Causes of Saints, authorized the signing of a decree super martyrio for three Capuchin friars of the Province of Catalonia: Benedict of Santa Coloma de Gramenet, Josep Oriol of Barcelona and Domènec of Sant Pere de Ruidebitllets; and a decree super virtutibus for Marie Antoine de Lavaur, professed priest of the Province of France.

July 18, 1936 marked the beginning of a bloody persecution of priests, men and women religious and lay people in Manresa, Catalonia. Four days later, on July 22, and a few days before the killing of the three Servants of God, their friary had been occupied, devastated and burned down by Marxist anarchist militants. Forced to take refuge with family and friends, the three Servants of God, on different dates and in similar circumstances, were kidnapped, tortured and murdered without any trial. 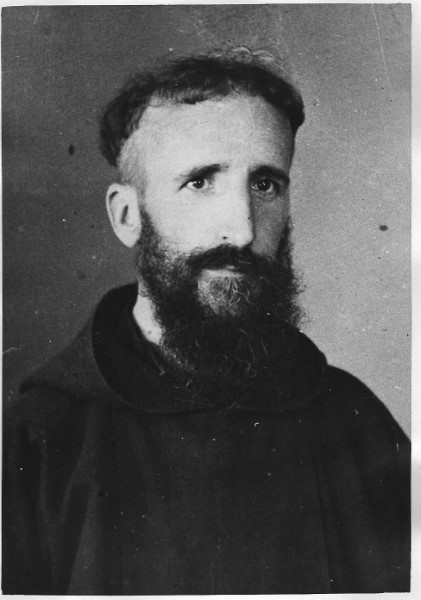 The Servant of God Benet (aka Josep Domènech i Bonet) was born in the village of Santa Coloma de Gramenet on September 6, 1892 to a humble and deeply Catholic peasant family. He was baptized on September 11, 1892 and made his First Communion on May 30, 1903. Discerning a call to the priesthood, he entered the minor seminary of Barcelona in 1903. After a few years there, he further ascertained a call to religious life for which he finally donned the Capuchin habit on February 18, 1909 at the novitiate of the Barcelona Province of Arenys de Mar and made his first profession on February 20, 1910. He professed solemn vows at the convent of Sarriá (Barcelona) on February 23, 1913 and was ordained a priest on May 29, 1915.

His lived his religious life between two houses of formation: Igualada and Manresa, while also engaged in preaching ministry. On August 6, 1936 he was captured by militiamen who wanted him to blaspheme, but he refused. Brought to a place near Manresa called La Culla, he was killed. 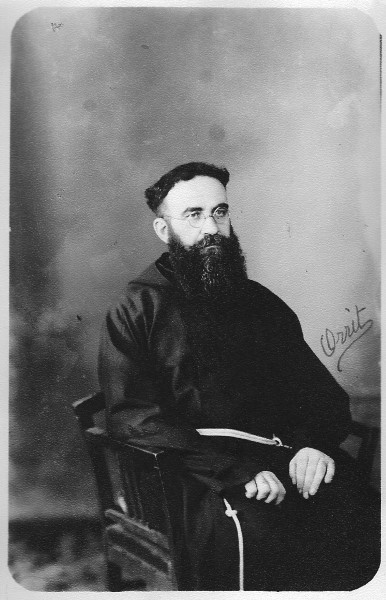 The Servant of God, Josep Oriol from Barcelona (aka Jaume Barjau Martì) was born in Barcelona on July 25, 1891. The family was very Christian and wealthy. He was baptized on July 28, 1891 and on June 7, 1892 received his Confirmation. He made his First Communion at nine. At the urging of his brother, he entered the seminary in Barcelona, but did not pass the first year exams. He then tried to learn a trade instead. But upon feeling a strong attraction to the Capuchin life, he entered the novitiate on October 21, 1906, and continued his formation in the friary of Igualada and subsequently in Olot and Sarriá in Barcelona. He professed solemn vows on August 15, 1911 and was ordained a priest on May 29, 1915. He taught liturgy, Hebrew and ecclesiastical history in the theologate of Sarriá. In 1925, he was assigned to the friary of Manresa, where he dedicated himself to preaching, the Sacrament of Reconciliation and spiritual direction.

On July 24, 1936 while carrying communion to a Poor Clare nun, he was identified and arrested by militiamen. That same evening he was taken out of Manresa and shot dead. 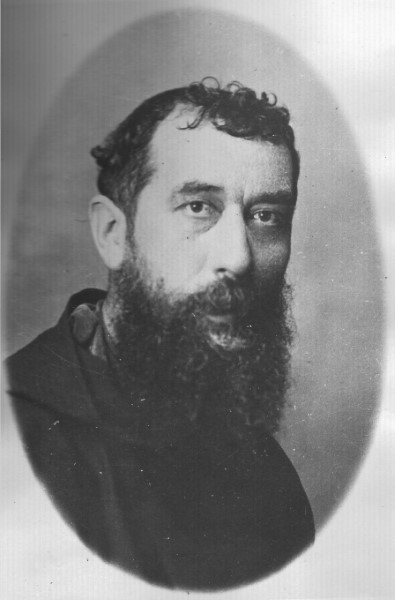 The Servant of God Domènec from Sant Pere de Ruidebitllets (aka Joan Romeu Canadell) was born on December 11, 1882 to a peasant family. He was baptized on December 17, 1882 and was confirmed on July 23 of the same year. He first studied in the village school, but the parish priest, recognizing the seeds of a vocation in him, set him up to enter the seminary of Barcelona. Arriving in 1897, he happily completed his philosophical-theological studies and was ordained a priest on May 25, 1907. However, Franciscan religious life attracted him and the following year, on October 3, 1908, he entered the Capuchin novitiate. He made his temporary profession on October 4, 1909 and his solemn profession on October 4, 1912. During the period of initial formation in the Capuchin life he devoted himself fruitfully to preaching and the Sacrament of Reconciliation. In 1913, he went to Costa Rica and Nicaragua as a missionary, returning to Catalonia in 1930. He was assigned first to the friary of Sarriá, then to that of Arenys de Mar and finally to Manresa. On the night of July 27, 1936, while moving from one place to another for greater security, he was arrested, beaten and tortured and finally shot dead just outside Manresa.

The strong, significant demonstrations of faith as seen in these Servants of God are also a testimony for today’s church and world of the strong and vital need for evangelization; for the Gospel to be proclaimed in even the most difficult places and most complex of situations. It is through their fidelity to the Gospel of Christ and their chosen state of consecration that these Servants of God were led to accept their roles as seeds that fell upon the ground and bore much fruit; fruitful and lasting, while being at the same time a 'light of the world' and 'salt of the earth'. 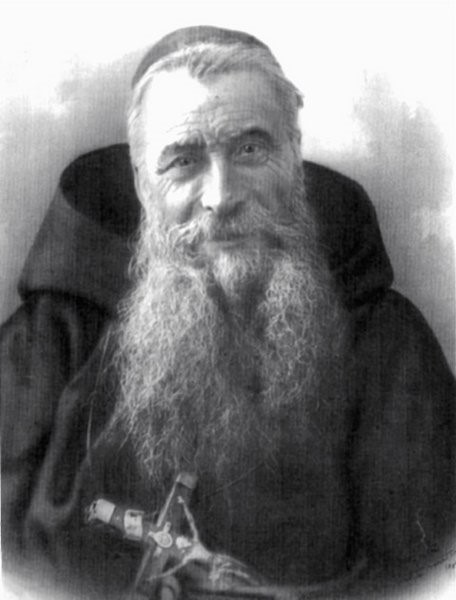 A man of robust faith and mercy, Br. Antonio Maria da Lavaur committed himself throughout his life to bring the proclamation of the Gospel to 19th century France, which at the time was endorsing anti-Christian policies.

The testimony of his life spoke of an unconditional dedication toward the good of all he met; a courageous commitment to make every possible effort to proclaim the goodness of God to everyone and to help those stricken by poverty, deprivation and illness. A faithful disciple of St. Francis of Assisi, the Servant of God became a poor man among the poor, and like the first Capuchins, was capable of assisting patients who were contagious without worrying about what dangers he was facing.

The apostolic and pastoral activity of the Servant of God was rooted in a profound interior life marked by a strong Marian devotion, lived more and more in connection with Lourdes which, in the context of the world at the time, sought primarily to reinvigorate the Christian life, to assist the poor and to awaken vocations.

He spoke of God with ardor and strength, which led to an intense, emphatic preaching that characterized his zeal for the glory of God and for the salvation of souls. Such zeal can be a strong encouragement for living the new evangelization generously in the Church of the third millennium, and for bringing the Good News to the existential peripheries.

The Servant of God, Antonio Maria da Lavaur, was born on December 23, 1825 in Lavaur, a city in the Tarn region of France, to a deeply Christian family. He was baptized on the same day with the name François Auguste Léon. After elementary school, in 1836 he was sent by his parents to the Little Seminary of Toulouse, where he made his First Communion and three years later, on May 22, 1840, he received the clerical tonsure. Together with fellow seminarians, he founded the Association of Little Savoyards and then the Association of Little Vocations. He then devoted himself to the study of philosophy and theology and was ordained a priest on September 21, 1850; the following day he celebrated his first mass in the main church of his hometown.

During his formative years he also became a teacher in the Little Seminary, an office he carried out following three guiding principles: "humility, trust and love". These early years were also marked by the events of the February 1848 revolution in which France experienced a strong political and socio-economic crisis.

He began his priestly ministry in the Diocese of Toulouse with his appointment as parochial vicar of Saint Gaudens, in the Haute-Garonne department, to which pastoral activity was added in the parish of Villeneuve and that of Valentine. In keeping with his missionary spirit, he promoted various associations during this period, such as the Association of the Sons of Mary, the Association for Youth, and the Conference of St. Vincent de Paul.

In 1853, the Servant of God began to discern a vocation to the Order of Capuchin Friars Minor, especially after he found himself helping people affected by a serious cholera epidemic in the parish territory of Saint-Gaudens. Convinced of his direction and sure of his choice, he left for the Capuchin novitiate in Marseille on May 27,1855, where he was invested with the habit on June 13 of the same year, and assumed the new name, Antonio Maria da Lavaur. He made his religious profession on June 13, 1856.

The following year, the Servant of God was sent to Toulouse by his superiors to found a new Capuchin friary in place of the previous one, founded in the 16th century, and suppressed in 1792, following the French Revolution's adverse policy against religious orders. Thanks to the help of the city population, he was able to proceed quickly towards the building of the friary. So, on 18 July 1861 the church was dedicated to St. Louis of Toulouse. During this period in which he devoted himself fully to the construction of the friary, he met Saint Bernadette Soubirous in Lourdes, during the time between the 17th and 18th apparition of the Madonna.

Powered by his admirable Marian devotion, the Servant of God organized in 1863, for the first time, the "procession aux flambeaux", and took other important initiatives like organizing the Eucharistic procession and the prayer of Compline in 1866. In addition, his tireless Marian devotion and deep affection for Lourdes led him to carry out other important initiatives such as the erection of the Cross of Jerusalem near the shrine, and also in 1866, the Way of the Cross, as well as Calvary and the caves of the Espélugues in 1887, dedicated to Our Lady of Sorrows and St. Mary Magdalene. He also built other Marian shrines such as the Sanctuaire Notre Dame du Pech.

Despite his dedication to Marian pilgrimages, the Servant of God continued with his apostolate, and with caring for people through countless popular missions in France and also in other countries. He devoted himself totally to the poor, taking care of their spiritual and material well-being, and securing them meals from the Toulouse friary. He started an organization, “Opera del Pane dei poveri” of St. Anthony one of the most important undertakings of his life. He organized and promoted the spiritual care of the Franciscan Third Order, and was a great promoter of pastoral initiatives and activities in the various national congresses of the Order, such as those of Limoges in 1895 and Toulouse in 1897.

He also undertook many religious-vocational journeys. He went to Rome in 1862 for the canonization of the martyrs of Japan, and in 1867 for the canonization of St. Germaine; in 1882 he took part in the first pilgrimage to the Holy Land, which was later to become an important assignment for him; in 1893 he visited the tomb of St. Anthony in Padua and in 1900 participated in the International Congress of the Third Franciscan Order in Rome.

His life was also marked by particularly difficult moments, such as the period after the Franco-Prussian war (between 1870-1871), which gave rise to a policy against the secular clergy and religious orders, including the Capuchins. Another cause of great suffering was the French anti-clerical policy, which was intended to "de-Christianize" society and which posed a great obstacle to his missionary work. Despite all this, the Servant of God, with the support of the population but thanks also to his tenacity, managed to stave off the suppression of the Capuchin friary he founded in Toulouse.

At the beginning of February, 1907 at 82 years old, he suffered a physical collapse after experiencing a cold blast as he left the friary early in the morning to hear the confession of a sick priest.

On February 4, he celebrated his last mass; two days later he confessed and received the last sacraments while continuing to welcome those who came to make one last visit to his bedside. At five in the morning on February 8, 1907 he died a holy death. 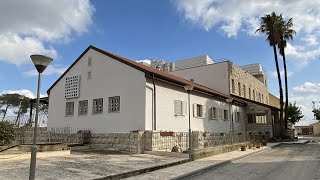