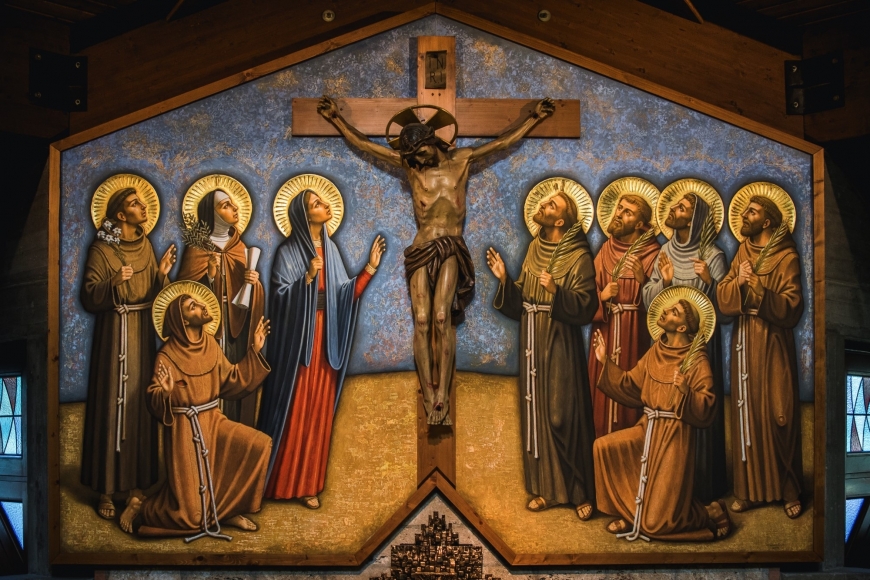 This year, we celebrate a distinctive anniversary: 800 years since the martyrdom of the first Franciscan friars.

Saints Berardo, Ottone, Pietro, Accursio and Adiuto, also called the Franciscan Protomartyrs, were the first martyrs of the Franciscan Order, killed in Morocco on January 16, 1220.

They were three priests, Berardo, Pietro, Ottone, and two lay brothers, Adiuto and Accursio who came from the regions around the city of Terni. They were among the first to embrace the life of the friars minor, and were also among the first to be sent as missionaries by Francis of Assisi.

They went initially to Seville, Spain, where they began to preach the Christian faith in mosques. Here they were beaten, taken prisoner and led before the sultan Muhammad al-Nasir called Miramolino. Later, they were transferred to Morocco with orders to no longer preach in the name of Christ.

Despite this ban, they continued to preach the gospel, and because of this, they were imprisoned again. After being subjected to flogging several times, they were beheaded. It was January 16, 1220.

St. Francis, at the announcement of the killing of his friars exclaimed: "Now I can say with certainty that I have five minor Friars". The bodies were moved to Coimbra, Portugal. At this juncture, Anthony of Padua, who was in Coimbra, and who seems to have previously known the martyrs from their passage through Portugal to Morocco, received the vocation to enter the Franciscan order. (Wikipedia.it)

Precisely for this occasion we want to make available to the friars some images from our expanded digital base - Capuchin Creative Commons.

The photos are of a painting by Piero Casentini: Mary with Saints Anthony, Clare, Francis and the Franciscan Protomartyrs in adoration of the Crucifix (year 2012). It is located in the S.S. Annunziata Monastery, in Terni, Italy.

There is also another image, the work of the same painter Piero Casentini, kept in the Church of St. Anthony in Terni.

We want to thank Pietro Messa OFM, who provided the material for us by making these images available to us.

Capuchin Creative Commons (CCC) is an initiative for brothers who manage provincial and parochial websites and publications. It is a shared archive on Google Drive, where you will find a collection of high-resolution material, made available for free by our brothers and sisters for use in the creation of websites and publications. The collection is constantly updated and always growing. The material is available without having to register or sign up; all you have to do is click on the link for Capucin Creative Commons. Welcome!