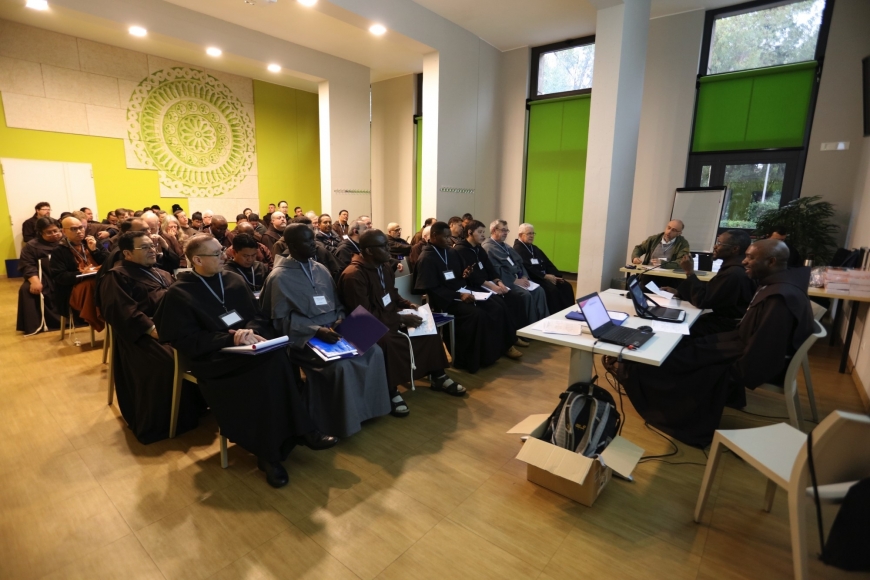 The need for the training of SFO/Franciscan youth assistants has long been felt. And in various parts of the world, several initiatives have been undertaken. Finally now, for the first time, a worldwide conference has been organized.

This first international course was held November 10-15, 2019 in Rome with the participation of 63 friars from the Franciscan First Order and TOR from 37 different countries. Among these were 22 Capuchins from 22 different nations.

The gathering was organized by the Conference of General Spiritual Assistants with the approval of the Conference of General Ministers of the Franciscan First Order and the TOR. The main objective was to stimulate friars in this ministry which the Lord and his Church has entrusted to us, and to update the SFO assistants by introducing a new way of accompanying the brothers and sisters of the SFO and the Franciscan Youth.

The initiative was well supported by the general ministers who covered 90% of the cost. It was also generously received by provincial ministers and assisting friars from around the world. Participants heard presentations on topics such as: the history, identity and spirituality of the SFO, the relevance of the Franciscan charism today, the official documents of the SFO, spiritual assistance to the SFO-Franciscan Youth, the SFO present and active in the church and in the world, promoting Franciscan Youth, etc.

Br. Carlos Trovarelli, General Minister of the Conventuals, exhorted the group at Mass one day during his homily, “Love, live and spread the charism!” Br. Amando Trujillo Cano, Minister General of the TOR, gave a conference and celebrated the closing Mass on Friday. Tibor Kauser, Minister General of the SFO and Ana Fruk, SFO also addressed the participants.

More in this category: « Symposium on Saint Lawrence in Vienna Historical Institute of the Capuchins »