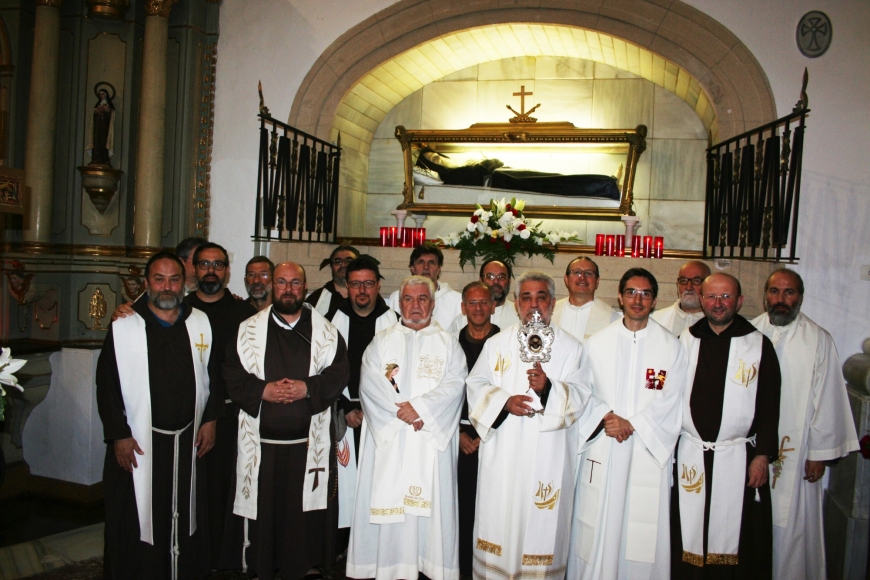 Pilgrimage to the Tomb of Saint Lawrence of Brindisi

On the occasion of the Laurentian Year, proclaimed last July by the then General Minister Br. Mauro Jöhri, the council of the presidency of CIMPCap decided to make a significant gesture, choosing the small town of León as the location for the 146th Assembly of CIMPCap. In fact, it is a small where one of the European Project fraternities was established in the friary of Saint Francis.

The brothers of León provide a valuable service of hospitality to the pilgrims en route to Santiago de Compostela. The Italian provincial ministers chose this unusual place in order to go on a pilgrimage to the tomb of Saint Lawrence of Brindisi, whose mortal remains are laid to rest at the Monastery of the Capuchin Poor Clares of Villafranca del Bierzo in Galicia.

During the days of their stay (June 23-28, 2019), in addition to the normal conference proceedings, the ministers learned more about Saint Lawrence from two conferences: Br. Gianluigi Pasquale spoke on Saint Lawrence, Doctor of the Church: the meaning of a centenary (1619-2019) and The Mariology of Saint Lawrence of Brindisi: originality and reality. Given the geographical location of the Friary of León, the Italian provincial ministers also went on a pilgrimage to Santiago de Compostela.