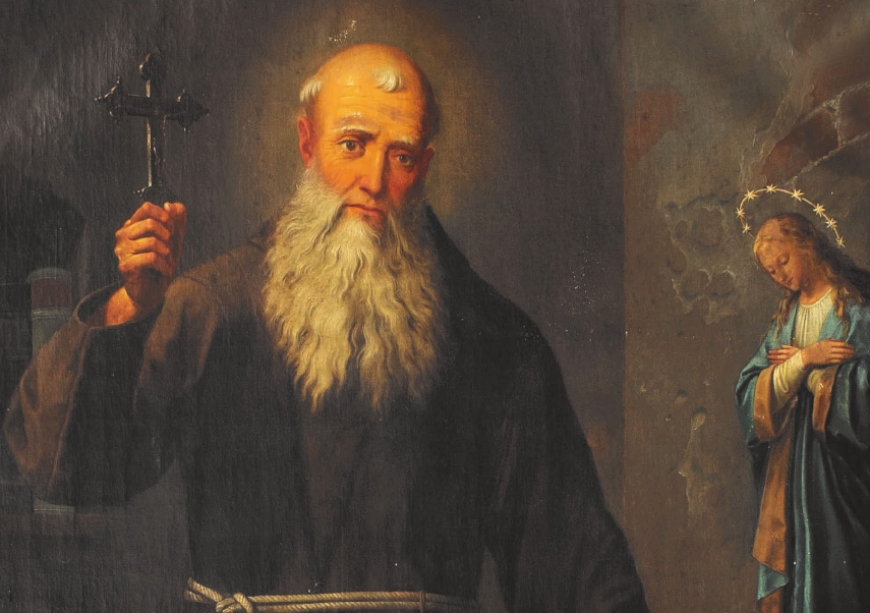 On July 22, 1619, the Capuchin Lawrence of Brindisi died in Lisbon during a diplomatic mission. He was born in Brindisi (region of Puglia, Italy) exactly sixty years to the day beforehand, and had studied in Venice, where he had joined the Capuchins of that province.

Equipped with a profound humanistic and biblical learning, he soon distinguished himself as a preacher; he then became provincial in various provinces (Tuscany, Rome, Venice), including the Swiss province, and finally, from 1602 to 1605, was General Minister of the Order. He led two expeditions for implanting the Order in Alpine countries, including Bohemia, and for defending the Catholic Church against the doctrine of the Hussites and the Protestants.

The coalition of Catholic princes (Catholic League) was essentially to his credit, and the defense of the Turks in Stuhlweißenburg in 1601 was attributed to his strong commitment. His surviving writings (twelve volumes) are still not widely studied.

In 1881, Lawrence of Brindisi was canonized by Pope Leo XIII, and in 1959 Pope John XXIII gave him the title of “Doctor of the Church”.

In collaboration with the Capuchin Provinces of Austria-South Tyrol, Germany and Switzerland, an international scholarly conference on the 400th anniversary of the saint’s death will be held at the Catholic theological faculty of the University in Vienna from November 7 to 9, 2019. Students, religious and all those interested in the subject are invited and welcome.

To participate in the event, registration is required between September 16 and October 20. Follow this link for more information:

The event is free.

More in this category: « Venerable Angelico Lipani, Capuchin Priest Pilgrimage to the Tomb of Saint Lawrence of Brindisi »