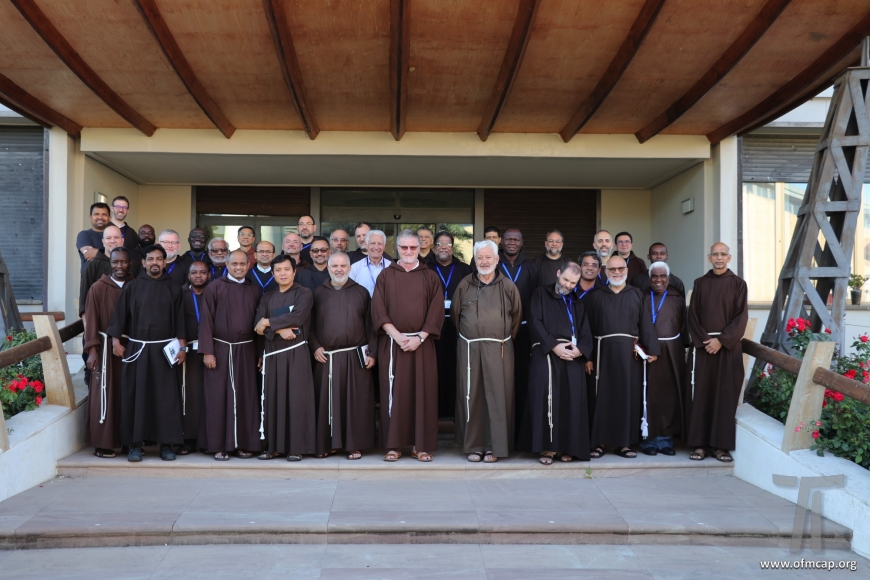 This year twenty new ministers and custodes had the chance to gather together at the ‘school of fraternity.’ The meeting was held in Rome, at our International College ‘San Lorenzo da Brindisi’, from June 23 to 30, 2019. It was truly a meeting of brothers.

We can sum up the character of the new ministers’ encounter with the General Minister, Br. Roberto Genuin, and the General Councilors, who animated the meeting with their presence and their talks:

The days, animated in the spirit of brotherhood, were full and engaging for the participants, as you will be able to see in the pictures we are attaching to this article. The photos capture the intensity of the experiences in which various topics were treated: from the General Minister’s letter for the sexennium to finances, from strictly juridical questions to instructions for handling the causes of saints, all the way to getting to know the Franciscan family in its various aspects, including the OFS and YouFra.

There were various moments planned to help the participants know the larger realities of the Order. There was a visit to the General Curia as well as to the various entities present at the International College, such as the Museum, Central Library, and Archives. The final big moment was the visit to Assisi from the 29 to the 30.

Our hope is that the new ministers and custodes will be able to take home the spirit that animated these days, in order to experience ever more the beauty of the brotherhood that is our form of witness for the Church and the world.

Check out the booklet for participants – PDF

More in this category: « The Pope grants Loreto Jubilee for all air travelers Male and Female He Created Them »