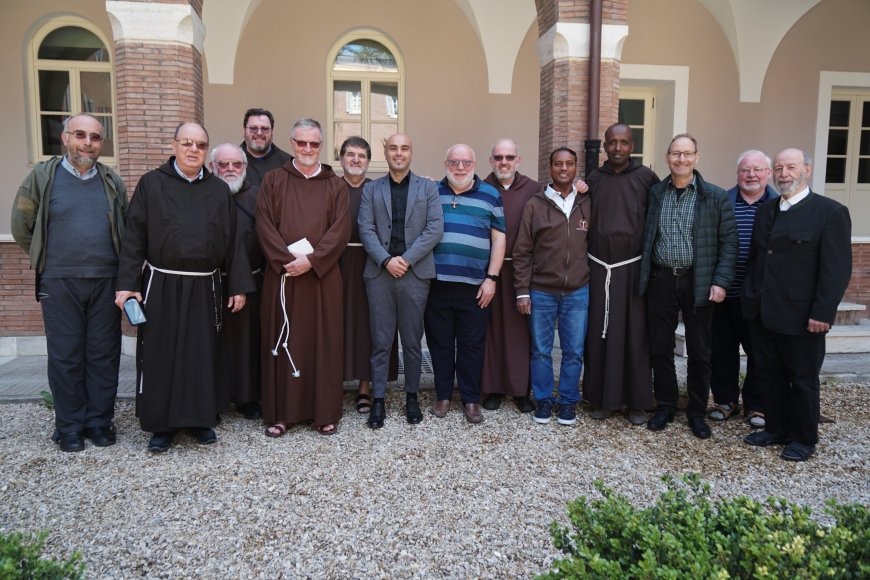 Meeting of CENOC Mission Secretaries, 29 April to 3 May 2019

The meeting was concerned in the first place with the encounter of St. Francis with the Sultan Malik al-Kamil in the port town of Damietta in Egypt 800 years ago. Br. Ben Ayodi from the Curia gave a substantial talk on this event, seen as the birth of Christian-Muslim dialogue. In order to deepen the topic the CENOC participants were also able to see the movie “The sultan and the Saint” which tells the story from a more Muslim point of view.

All the CENOC participants were also very moved and touched by the autobiographical report of Mohamed El Bachiri, who lost his wife in the terrorist attack of March 22, 2016 in the metro station of Maalbeek in Brussels. He has written a small book entitled A Jihad of Love about his terrible experiences. In the book he explains that neither revenge nor retaliation can promote freedom and justice between religions and ethnic groups but only the work of freedom.

Mohamed El Bachiri was invited to the CENOC meeting by Br. Luc Vansina, and it was he, along with Barbara Mertens and Stijin Demare from the Belgian Franciscan lay movement, who presented the very interesting project “Call for a common prayer”, to be held on October 4, 2019. This project includes not only a common, interreligious prayer for peace but also the ringing of church bells in the respective dioceses. The project was very well received by the CENOC participants and they promised that it would be supported as much as possible by their provinces.

On Tuesday morning the new General Minister of the Capuchins, Br. Roberto Genuin, joined the group in order to address the importance of mission in our time. Mission is not only a question of money, said Br. Roberto; in our secular world we should think of it in other terms than before. There is a shift from north to south and from the clergy to lay people.

The assembly also dealt with the Curia's finances and solidarity projects with information provided by Br. Aklilu Petros of the Curia. The representatives of the various Capuchin provinces exchanged the annual reports of their mission activities. The participants shared a fruitful discussion on such topics as: What is our main goal for the future? What are our dreams and what do we as mission secretaries expect to do in the future? And, last but not least, are we also ready to work with lay people?

In the end, all the CENOC participants expressed their hope to continue these meetings in the future.