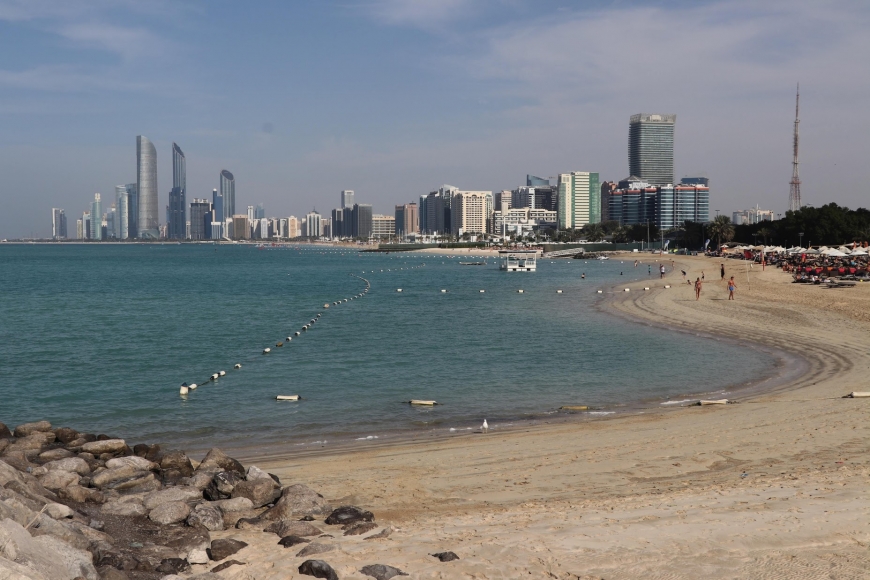 This year the Franciscan family celebrates 800 years since the visit of St. Francis to the Sultan of Egypt. A few weeks ago the Pope, for the first time, traveled to the United Arab Emirates where he celebrated the Eucharist publicly in the capital, Abu Dhabi, with the participation of Catholics present in the UAE and other countries nearby. On the occasion of such an historical event, we would like to present the work of our Capuchin confreres who live in this part of the world.

The Capuchin Custody of Arabia includes two apostolic vicariates, the southern (UAE, Yemen, and Oman) and the northern (Kuwait, Saudi Arabia, Qatar, and Bahrain). Seventy-five Capuchins from twenty circumscriptions work in these seven countries. They are eleven from the Philippines, four from Lebanon, three from the USA, two from Switzerland, and one each from Tanzania and Italy. The Custody of Arabia is unlike any other in the Order in that no friar is from there, but rather all come from other parts of the world. They are immigrants granted a limited stay like all other foreigners.

The churches are very well attended by the faithful, almost all of whom also come from other countries in the world and have come to this region for work. There is also much collaboration with these laity. It is a unique reality in our Capuchin world, where all of our presences are parochial and all the friars are working in pastoral care.

Here the friars live among the Muslims and have committed themselves to a silent witness to the gospel message according to the example of St. Francis of Assisi.

The Catholics, who come from all over the world, bring with them their cultures, languages, and traditions. They also bring their different rites – Syro-Malabar, Syro-Malankara, Maronite, Chaldean – and are thus a living image of the Church present in the world.

Given that the friars come from all over the world, it isn’t always easy to stay united. The diversity is a richness, but also a challenge. Prayer and work help the friars to live in unity. They have been formed in different places, but are all here together for the Church and with the Church. They speak different languages in their pastoral work, but are all here to serve the people. It is certainly a challenge, but when we learn from one another, we can have a joyful and pleasant experience of living in such diversity.

People think that these are exclusively Muslim countries and that there are no Catholic churches or faithful. This isn’t exactly true. There are great differences among the countries; in some of them churches are allowed. In the UAE we have a great many Catholics who come to our few churches and fill them on the weekend. These are surely Muslim countries, but there are also a great many Christians and Catholics. To work here is also a great opportunity to learn from one another and to witness to our own faith, which is able to change the life of each according to the teaching of the Gospel.

We invite you to watch these testimonies and interviews with our Capuchin confreres in the Persian Gulf.

Video – The history of the Catholic Church in the United Arab Emirates:

Photos of the UAE – Capuchin parishes:

More in this category: « Letter of the Pope to the General Minister Assembly of the Capuchin Poor Clare Confederation of America »