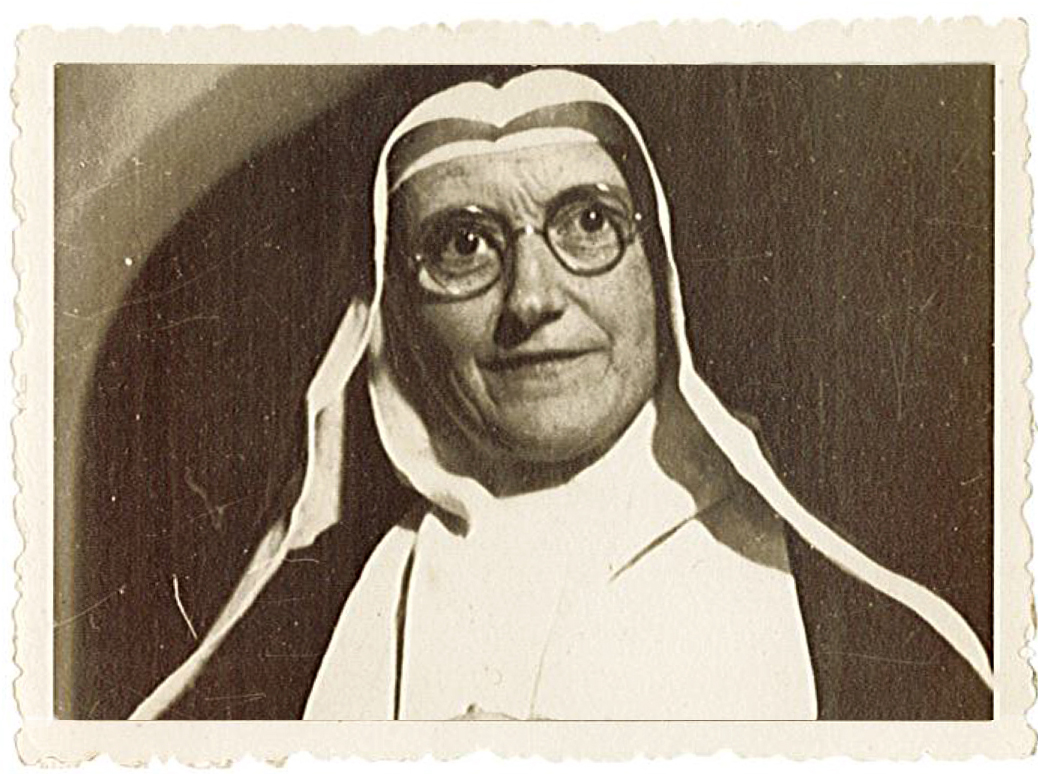 At their ordinary meeting on October 4, 2016, the Cardinals of the Congregation for the Causes of Saints recognized the heroic virtue of Servant of God Maria Costanza Panas (1896 – 1963), Capuchin Poor Clare of the monastery of Fabriano. Pope Francis authorized the Congregation to publish the relative decree on October 10.

Agnese Pacifica Panas was born on January 5, 1896 in Alano di Piava, Belluno, Italy. Her parents, who had lost their jobs as artisans because of industrialization, were forced to emigrate to the United States in 1902. They left Agnese with her uncle Fr. Angelo, chaplain at Asiago and then archpriest at Enego, until they returned in 1910.

From her youth she would not allow herself to be given to any lightheartedness. As she herself recalls, “I always thought that life was a task to be carried out in the most serious way; for it is a preparation for great things.”

Educated by her uncle in discipline, she attend the primary school of the Canossians in Feltre and in Vicenza. She then went to St. Alvise college in Venice and attended the Nicolò Tommaseo Institute and graduated in 1913. She then began to teach in the Conetta neighborhood of Cona, near Venice. There she met Fr. Luigi Fritz, who accompanied her as spiritual director for her whole life. At the same time she began to write a diary in which she recounts her spiritual development and her arrival at making the vow of the pen: she would not write, except for or about Jesus.

After lengthy and strong opposition from her family, she entered the monastery of Fabriano on October 11, 1917. On April 19, 1918, Agnese Panas became Sr. Maria Costanza, having been vested with the habit of a Capuchin Poor Clare.

On May 19, 1927, at age 31, she was elected novice mistress and on June 22, 1936 she was elected abbess, an office she carried out for sixteen consecutive years, until 1952. For many years she welcomed the people who knocked on the door of the monastery, especially priests, some of whom became her spiritual sons. She broadened the ministry of the monastery grille with a voluminous correspondence. She was welcoming, without hurrying anyone, and gave her time to listening with interest and giving counsel in a way that provided a sense of safety and serenity. And all of this without lording it over anyone, but with a full humanity. In the same way, in her letters she taught how to discover the meaning of certain situations, especially of aridity or darkness, with the subtlety and friendliness of someone who had experienced similar purifications and had learned to walk in pure faith. She taught those who went to her how to stay serene and at peace in the midst of one’s own limits and weaknesses and how to treat oneself with understanding.

After a break of three years, from 1952 – 1955, the Servant of God was elected abbess once again, an office her sisters gave her by nearly unanimous vote until her death in 1963. Of these last eight years of her earthly life, three were spent bedridden because of crippling arthritis together with asthma and then phlebitis, heart problems and nausea. Nevertheless, during this time she was even elected to the council of the Capuchin Poor Clare Federation of Central Italy.

On May 29, 1963 the dottoressa del pancotto died a holy death, surrounded by her sisters in their usual haste to receive the daily instructions of their abbess.