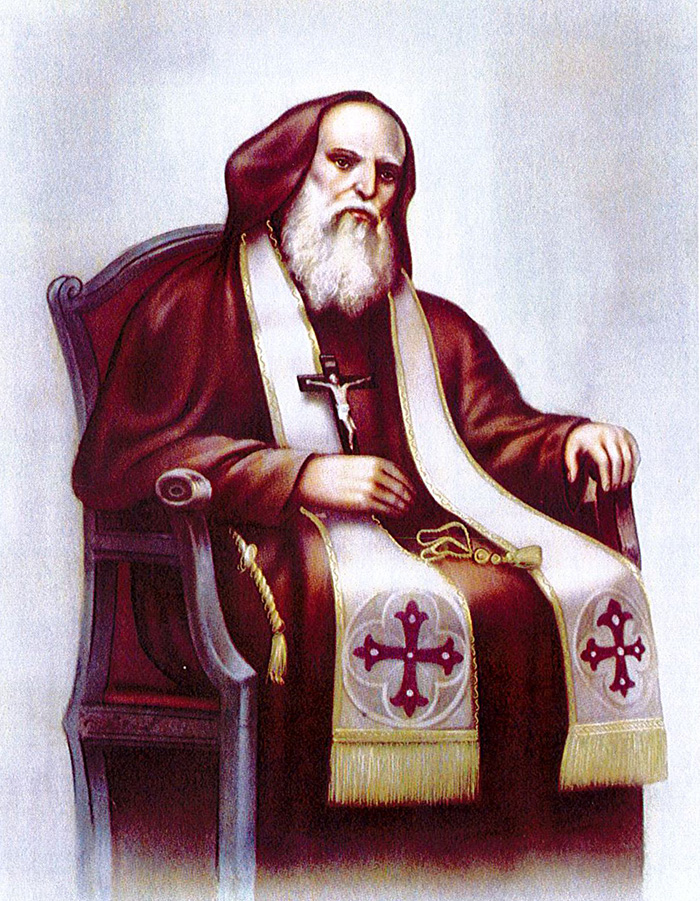 During the ordinary session of the Congregation for the Causes of Saints this past April 2, 2019 the Cardinals and Bishops recognized that the Servant of God Raffaele of Sant’Elia a Pianisi (1816-1901) lived in a heroic way the theological virtues (faith, hope, and charity), the cardinal virtues (fortitude, justice, prudence, and temperance), and the virtues of the consecrated life (poverty, chastity, and obedience).

On April 8, 2019 Pope Francis authorized the Congregation to promulgate the decree super virtutibus for Servant of God Raffaele. Now, for his beatification, an extraordinary act/miracle obtained through his intercession is needed.

The Servant of God was born Domenico Petrucelli on December 14, 1816 in St. Elia a Pianisi (Italian civil province of Campobasso, diocese of Benevento) to a modest but devoutly Christian family. Domenico was the seventh of ten children. His father Salvatore was a farmer, and his mother, Brigida Mastrovita, a housewife who was the first teacher for the children, all of whom grew up with the values of the faith as well as the civic and human virtues.

As a boy Domenico worked in the fields and cared for the few animals that belonged to the family. He then worked as a blacksmith, cobbler, and tailor, but always kept in his heart the desire to become a Franciscan religious. His vocation matured as he began to frequent the Capuchin friary in the area, where there were two friars who would become his formators in religious life: the guardian, Fr. Dalmazio of Morcone, who would be his novice master and spiritual director until, in 1856, he was named bishop of Bova in Calabria, and Fr. Agostino of Morcone, who would invest the Servant of God with the habit and later receive his religious profession.

For some years Domenico’s father opposed his religious vocation, allowing him only to learn to read with the friars and receive some other basic education from a priest in the area. When he turned eighteen Domenico finally received his father’s permission to leave the family and in November 1834 he entered the novitiate in Morcone with the approval of the Capuchin vicar provincial, Fr. Francesco Maria of Gambatesa the elder. On November 10 he was invested in the Capuchin habit and received the name Raffaele. Following the year of novitiate he made his religious profession on November 10, 1835.

Br. Raffaele then took up studies in preparation for priesthood, but in a rather fragmented way due to the complex situation of the Capuchin province of St. Angelo and also because of difficulties with his health. He was first in the friary of Agnone, then in Trivento and Serracapriola under the direction of Fr. Gabriele of Sassinoro, then at Bovino with Fr. Stefano of Bovino, and finally at Larino where he attended some lessons at the diocesan seminary. The Servant of God was ordained priest on March 29, 1840 in the friary of Larino by the diocesan bishop Vincenzo La Rocca. He then completed his studies by attending courses held in the friary of Torremaggiore as well some given by the Jesuits in the seminary of Benevento. Br. Raffaele then began to dedicate himself to preaching.

In 1852, at age thirty-three, Br. Raffaele was sent to the novitiate of Morcone, first as assistant novice master and then as master, but he resigned after only a year, remaining in the community but with no direct responsibility for the novices. In 1857 the Servant of God was assigned to the guesthouse at the shrine of the Madonna della Libera in Campobasso, a former Celestine monastery, and for eight years he dedicated himself to spiritual direction, liturgical service, and assistance to the dying. After Italy annexed the Kingdom of the Two Sicilies and the law suppressing religious institutes, Br. Raffaele had to leave this work and in December 1866 he returned to his native place, where he had permission to reside as rector of the church and guardian of the friary of St. Elia, where he stayed with another friar. For twenty years he gave himself to priestly ministry as confessor, counselor, and spiritual director to many of the faithful, continuing to live his religious life with the same zeal he had before the suppression. In 1886 he was able to reenter anew the friary of Morcone, where he was assistant novice master. There the Servant of God remained an extraordinary spiritual father and an exemplary friar until, in 1892, the novitiate passed to the Capuchin province of Tuscany.

In 1900, by now older and sick, Br. Raffaele was transferred to the friary of his hometown, where he passed his last months in a life edifying to all the faithful. His holy death came on the evening of Epiphany, January 6, 1901. The Servant of God was buried in the town cemetery, accompanied by a crowd of the people who already venerated him as “the holy monk.”