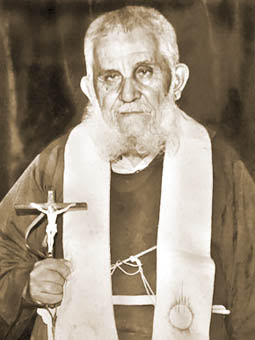 During the ordinary session of the Congregation for the Causes of Saints this past March 26, 2019, the Cardinals and Bishops recognized that the Servant of God Damião of Bozzano (1898-1997) lived in a heroic way the theological virtues (faith, hope, and charity), the cardinal virtues (fortitude, justice, prudence, and temperance), and the virtues of the consecrated life (poverty, chastity, and obedience).

On April 8, 2019 Pope Francis authorized the Congregation to promulgate the decree super virtutibus for Servant of God Damião. Now, for his beatification there is the need to present an extraordinary act/miracle obtained through his intercession.

The Servant of God was born in the Massarosa neighborhood of Bozzano (Italian civil province of Lucca) on Saturday, November 5, 1989 to Fedele and Maria Giannotti. He was baptized the next day and given the name Pio. He received his early cultural and religious education in his native place. On Monday, June 15, 1908 he received the sacrament of confirmation from Benedetto Giannelli, the bishop of Lucca. Pio showed a desire for religious life from an early age. In 1910 he entered the seraphic seminary of the Capuchin friars minor in Camiglio di Capannori, where he studied and reflected on what to do with the life before him.

In May 1914 the Servant of God asked to enter the Order of Friars Minor Capuchin. He received the religious habit and a new name, Br. Damian, in the friary of Villa Basilica. On July 11, 1914 he began his novitiate, which concluded with the profession of temporary vows on July 11, 1915.

In 1917 he was called to serve as a soldier in the royal Italian army. Having suffered frostbite on Mount Grappa, he was discharged on September 20, 1921. Br. Damian was then sent to Rome and the Capuchin International College, then located on the via Sicilia, in order to complete his studies. There, on October 30, 1921, he made his profession of perpetual vows. Studying at the Gregorian University, the Servant of God completed the doctorate in dogmatic theology, philosophy, and Canon Law.

On August 5, 1923, in the church of St. Lawrence of Brindisi attached to the College on Via Sicilia in Rome, Br. Damian was ordained priest by the Cardinal Vicar, Basilio Pompili.

Returning to his province on July 10, 1925, obedience sent the Servant of God to the friary of Villa Basilica as assistant novice master and professor in the diocesan seminary of Lucca. At the end of the provincial chapter on 1928 he was sent to the friary in Massa as director of the friars in formation and teacher for the Capuchin students.

In 1931, Br. Damian left for the mission of Pernambuco, in northeast Brazil. After the ordinary time of adjustment that allowed him to get to know the social and religious realities of the place, he directed his apostolic and missionary work along three main directions: preaching popular missions, celebration of the sacrament of reconciliation, and spiritual direction.

Frei Damião, as he was now called by everyone, preached his first mission in Riacho do Mel in the state of Pernambuco from September 25 to 30, 1931. From those days and for the next sixty years, as a true disciple of Christ and authentic son of Francis of Assisi, he traveled through the states of Alagoas, Pernambuco, Paraiba, and Rio Grande do Norte, as well as Ceará and Sergipe, entering the hearts of the people of God.

In each popular mission an enormous crowd came and listened, seeking to be reconciled with God and to mark a new step in the journey of conversion. The Servant of God made himself always available and spent hour after hour in the confessional. He was awarded honorary citizenship in almost every city that he preached.

Frei Damião was in and out of the hospital a good nineteen times in the last six years of his life. At his last hospital stay in May 1997, he was breathing only with great difficulty. It was in the Royal Portuguese Hospital in Recife where he returned his soul to God on May 31, 1997.

The remains of the Servant of God laid in the Nossa Senhora de Penha Basilica in Recife for three days, and an unending column of people came to pay their respects. The exequies were celebrated at the same basilica and at the Arruda athletic field before an immense and emotional crowd. 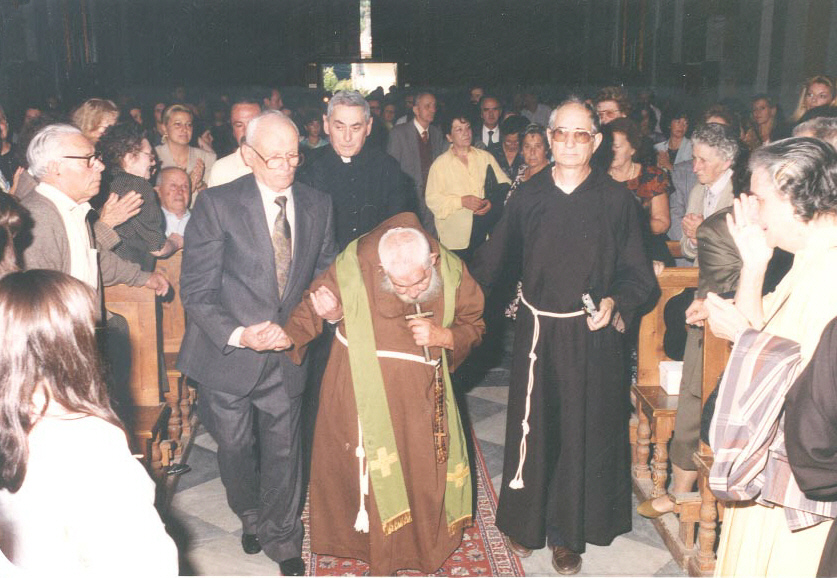