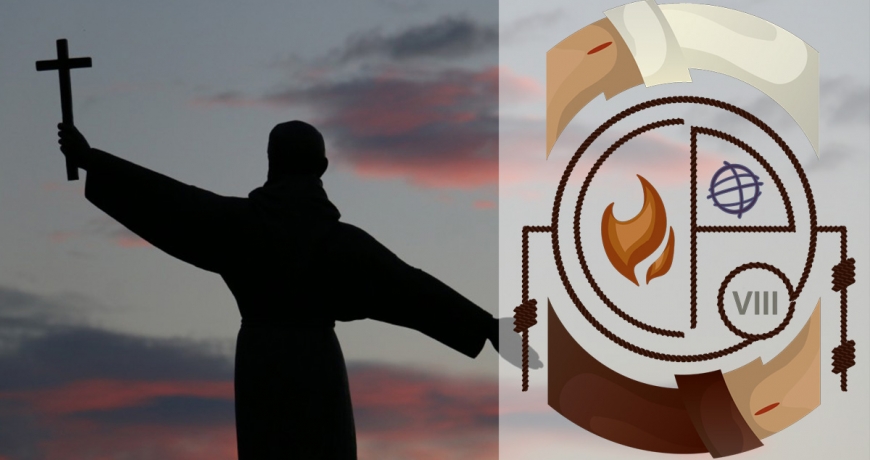 On the morning of the fifth day of the PCO we approached the Biblical vision of work. In this exodus from our human preconceptions about work we were accompanied, with his provocative style, by our brother Fernando Ventura. Two phrases give a taste of his thought: "The human person, with his work, continues and becomes curator of God's work of creation; it's not about punishment, but of 'being with...' of being in relationship" and "To be people with the people, such that people may ever more be people and no one should ever cease to be a person."

In the afternoon our confreres Henryk Cisowki and Benedict Ayodi presented our work for the poor in various parts of the world to the end "no one should cease to be a person."

Now there follow two days of rest and of personal reflection on what we have heard. We renew our invitation to accompany us with prayer and to not forget to send us your reflections on the 'grace of working.'

Br. Benedict Ayodi OFMCap – Office of Justice, Peace, and the Integrity of Creation

Br. Fernando Ventura was born at Senhora da Hora, Matosinhos, Portugal in 1959 and is a Capuchin friar of the Province of Portugal. After finishing secondary school, he attended the course in medicine in Bordeaux (France). Returning to his country, he entered the Order in 1986 and received the license in theology from the Catholic University of Lisbon and that of Biblical Sciences from the Pontifical Biblical Institute in Rome. He has worked as a religion teacher in middle schools and was Professor of Sacred Scripture and the Institute of Higher Religious Sciences in Aveiro (Portugal). He has worked pastorally in various parishes, in radio, and in television. He has also worked as spiritual assistant to the Life and Peace Community for the treatment of homeless drug addicts. He is a member of the European Anti-Poverty Network and responsible for the Milk Bank of San Tomé e Principe (an orphanage) which he founded in 2010, and is also director of the Alma Mater Artis Association, which concerns itself with the artistic and human formation of children and young people on the periphery of Porto and other cities in Portugal. (www.amartis.pt)

He works as an interpreter for the Order of Friars Minor Capuchin, the Secular Franciscan Order, the Vatican, and the Italian Bishops' Conference.

Publications: Mary in Islam (a study of Islamic Mariology) – exegetical study of chapter 21 of Revelation – Journey of Bible reading – From the solitary self to the 'we' in solidarity – We are poor but we are many. Numerous articles on the Bible.

Fra. Henryk Cisowski, from Poland, born in 1966, ordained in 1993. He has a license in Biblical Sciences from the Biblicum in Rome (1999). Since 2002 he has carried out various ministries within the Order, always from his Province of Cracow: secretary of the seminary, teacher of Sacred Scripture, from 2006-2014 director of Capuchin Manufacturing (the production and sale of Capuchin Balsam), since 2004 to today he has been director of the Padre Pio Aid, which he will speak of today. He is also a member of the Justice, Peace, and Integrity of Creation Commission.

More in this category: « Work in theory and practice At the beginning of the second week »