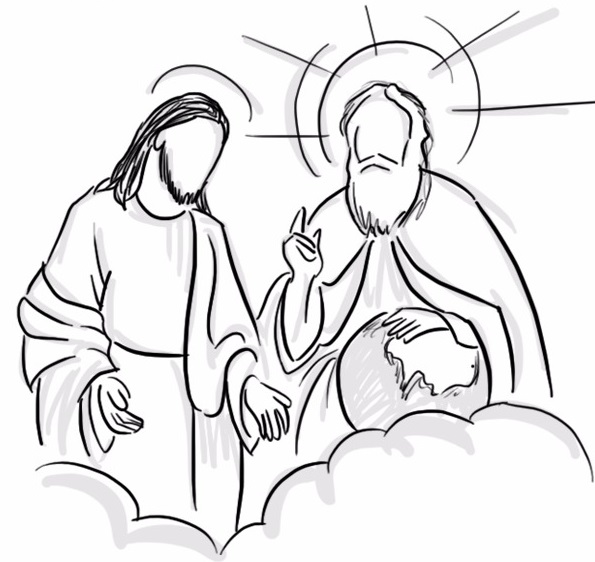 In today's Gospel, Luke tells us how the prayer of the "Our Father" was born. Seeing Jesus pray one day, the disciples started to nurture a great desire to pray like him and said, "Lord, teach us to pray." Jesus fulfilled this desire, giving them his own prayer. Because the "Our Father" should be read exactly like this: like the wave of Jesus' prayer that spreads over the centuries, like a stream of prayer that is transmitted from the head to the whole body.

It is precisely in the cry "Abbà, Father" that Jesus becomes known as the only Son of God. Never before had anyone dared to turn to God with this name so confidential that it corresponds to our father, dear father, or father . The whole prayer of the "Our Father" is contained in this initial cry. It contains the very essence of the prayer of the Christian who is a trusting cry of a child, addressed to a God heard as a loving and good father. And yet, nothing weak and mawkish in this image of God as a good dad. The words that follow, in the drafting of Matthew, leave no doubt about it. "That you are in heaven", in fact means "that you are above us as far as the sky is from the earth"; is the equivalent of "very high".

Until the beginning of the 20th century, the so-called liberation theology dominated. According to it the great novelty of the Gospel of Jesus would be the revelation of the paternity of God. In this the novelty of the Gospel was exhausted. This was also a way of detaching the NT from the OT and, implicitly, Christianity from Judaism which will have a tragic epilogue in the Shoah.

But it is not accurate to say that Jesus has replaced the image of a God who is all powerful of the Old Testament, with that of a God who is full of goodnes. The novelty brought by Christ is quite another. God, remaining what he has always been - very high, omnipotent, transcendent and holy - is now given to us as our father! It is not enough for the son that his father is sweet, mild, understanding, if by hypothesis he was weak and slow. He needs a father who is good, but also strong, free, able to defend him from danger and give him security. Jesus assures us that all this is God for us. The Church has gathered this image of God and placed it at the beginning of its creed: "I believe in God the Omnipotent Father": Father, but Almighty; Almighty but Father!

But it is not on this line that I would like to continue. When it comes to God, a testimony of life is worth more than many theological and exegetical reasoning.

Once I received a letter from a person I was accompanying in her spiritual journey, a married woman who died some years ago. The authenticity of her experiences is confirmed by the fact that she carried them to her grave without ever speaking about them to anybody except her spiritual father. She said,

I was not quite four years old and I was at my grandmother’s countryside home. One morning while I was waiting in my room for someone to come dress me, I was looking at a large linden tree whose branches were spread out in front of the window. The rising sun was shining on the front of it. I was enthralled by its beauty when suddenly my attention was drawn by an unusual brilliance, an extraordinary whiteness. Every leaf, every branch, began to vibrate like flickering flames of a thousand candles. I was more amazed than when I saw the first snowfall of my life. And my amazement increased when—I don’t know if it was with my physical eyes or not—at the center of that glistening I saw something like a gaze and a smile of inexpressible beauty and benevolence. My heart was beating wildly; I felt the power of that love penetrate me, and I had the sensation of being loved in the most intimate part of my being. It lasted a minute, a minute and a half—I don’t know—but for me it seemed like an eternity. I was brought back to reality by a cold shiver that went through my body, and with great sadness I realized that the gaze and the smile had disappeared and that little by little the splendor of the tree was fading. The leaves returned to their ordinary appearance, and to my great disappointment the linden tree, despite being bathed in the radiant light of a summer sun, seemed, when compared to its previous splendor, dark to me as if it were under a rainy sky.

I did not speak to anyone of this event, but a short time later I heard the cook and another lady talking to each other about God. I was startled and asked, “God? Who is he?” intuiting that he was something mysterious. “Poor child,” said the cook to the other woman, “her grandmother is a pagan and is not teaching her these things!” Turning to me, she said, “God is the one who created heaven and earth, human beings, and animals. He is all-powerful and dwells in heaven.” I remained silent, but I said to myself, “He is the one I saw!”

Nevertheless I was very confused. In my eyes my grandmother was far superior to these housekeepers, and yet the cook had said she was a pagan because she did not know God, and I had sensed it was a derogatory term. Who was right?

One morning I was again waiting to be dressed. I was impatient and deplored the fact that my baby clothes buttoned in the back. I blamed all this on “the malice of grown-ups against children who were in their power.” Finally I could no longer wait and said, “God, if you exist and are truly all-powerful, button my clothes in back so that I can do down to the garden.” I had not finished saying those words when I found my clothes were buttoned. I stood there with my mouth open, terrified by the effect of my words. My legs were shaking, so I sat down in front of the closet mirror to see if it were really true and to catch my breath. I did not yet know what the phrase “to tempt God” meant, but I understood that I would be reduced to dust if I opposed his will. 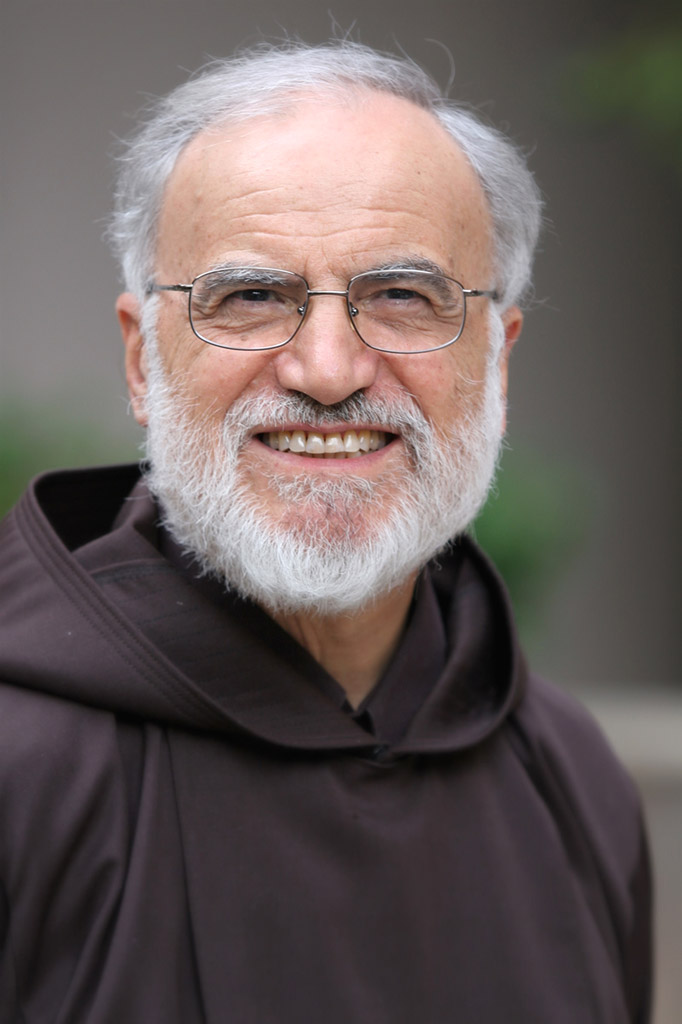 Her story made me think of Moses’ experience before the burning bush. A life of holiness lived after that shows that it was a real experience of God and not the imagination of a little girl. The same person whose testimony I quoted at the beginning confided to me an experience of the Trinity she had later in life. I want to share this too because it makes us understand that the Church is not just what people see or say about it.

The other night the Spirit introduced me to the mystery of Trinitarian love. The ecstatic exchange of giving and receiving was taking place within me: from Christ, to whom I was united, toward the Father and the Father toward the Son. How can I express the inexpressible? I was not seeing anything, but what I experienced was far more than seeing, and my words were wholly inadequate to describe this reciprocal exchange of joy that was going forth, receiving and giving. And an intense life flowed from One to Another in that exchange, like warm milk that flows from a mother’s breast to the baby’s mouth attached to that comfort. And I was that baby, and all of creation was participating in the life, the reign, and the glory that was being regenerated by Christ. O holy and living Trinity! I felt as though I were outside of myself for two or three days, and still today this experience remains strongly impressed upon me.

Now, continuing our celebration of the Eucharist, we are in front of the true burning bush; we are those babies sucking the spiritual milk of the Trinitarian life  through the pierced side of the Crucifix.

(Thanks to Br. Raniero Cantalamessa Ofm Cap for this inspiring message)

More in this category: « Franciscan School of Formation for Formators in Africa Walking into Fraternity »