Reflections from our Br. Mauro’s heart 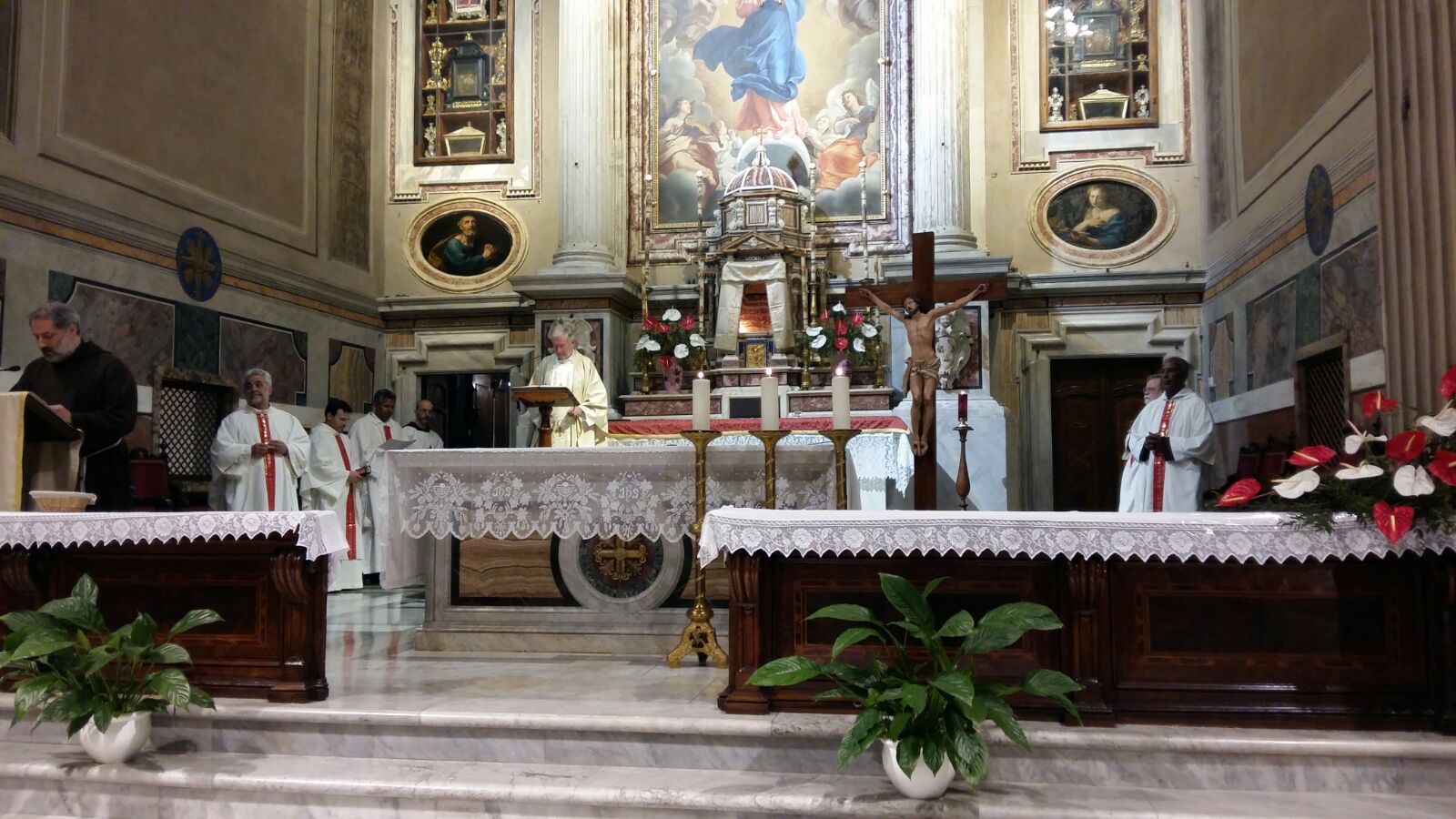 Capuchin brothers along with Br. Mauro our General Minister, Br. Gianfranco Palmisani, the Provincial, Friars from the comunity of Via Veneto and other houses in and around Rome gathered to Celebrate the Feast of St. Felix of Cantalice on the 18th May 2018. In his inspirational homily at the Tomb of St. Felix of Cantalice, Br. Mauro our General minister came out with these rich insights adorned with lively accounts from the lives of great but simple Capuchin brothers.

Br. Felix of Catalice was a simple brother who for more than 40 years was a porter and reached out to the poor. He went out everyday to find the poor and be with them bringing helps and grace.

Br. Conrad in Germany used to be also similarly a simple brother serving the fraternity with love and dedication. It is said that he used to walk to the parlour patiently very many times, roughly 200 times a day. Sometimes little boys used to play with him simply ringing the bell and running away but he used to walk even then to the parlour to see if anybody was there. Even on the last day of his life during the late night when the parlour bell rang he went there to attend to the call but on the way due to the weakness of the body sank on to the shoulder of the young brother who also woke up. Thus he died while doing his duty in a committed way.

Br. Mauro recounted about a Capuchin brother in Switzerland who used to go door to door questing food for the needy. And there were occasions he used to go to a poor family also to get something from them. As he would receive the 2 Franks given to him by the mother of that family, he used to leave under the table 20 Franks knowing well the condition of that poor family.
Dear Brothers our General Minister Mauro is right that we have a rich Capuchin witness to motivate us. These are all great legends that touch our heart deeply. Their remembrance motivates us to do our part to make the difference.
Charles Alphonse & Jaime Rey Ofm Cap

More in this category: « This is Easter. Jesus is living amidst us. Intuitive understanding of Pentecost & the Holy Spirit »